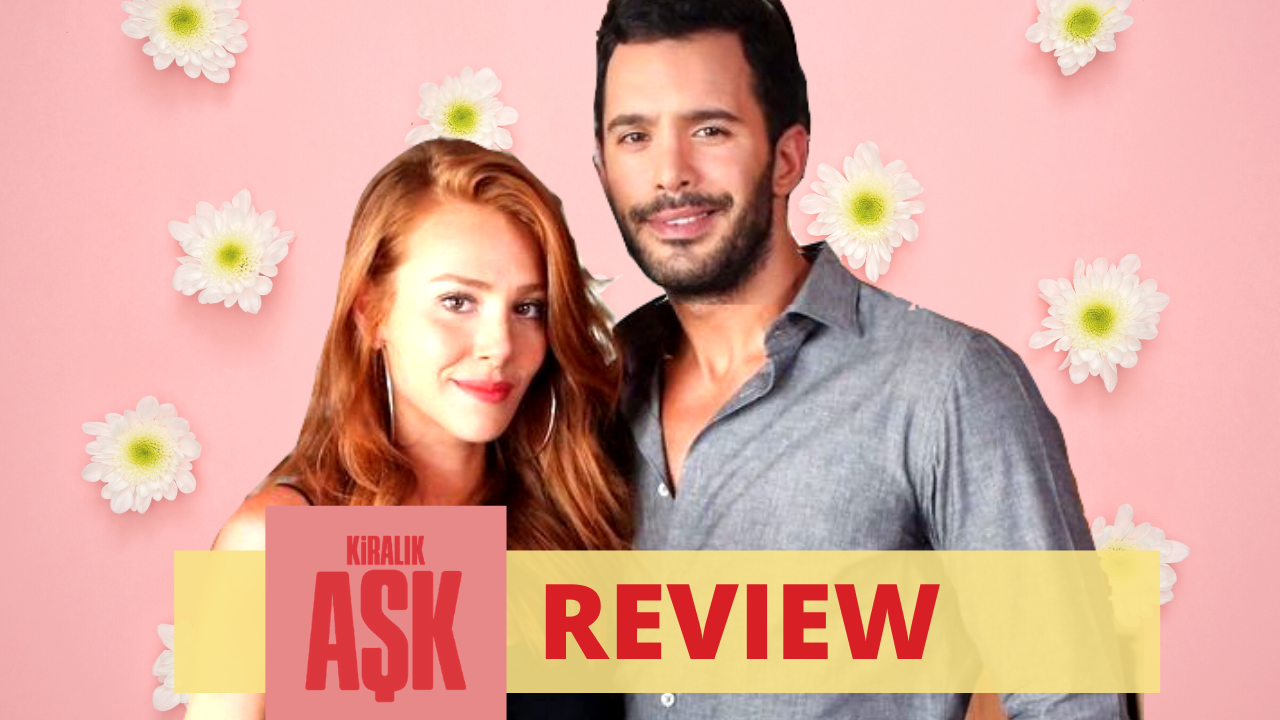 When a brooding shoe designer kisses a happy-go-lucky restaurant waitress, a family scheme and romance are born. Is Kiralik Ask (“Love For Rent”) worth watching? I dish the details in this no-spoiler review of Kiralik Ask.

• Where I watched full episodes of Kiralik Ask with English subtitles: Turkflick.com

Handsome and successful, Omer Iplikci is the eligible bachelor every woman aims to snag. And when Omer’s meddling aunt learns she will lose her mansion if Omer isn’t married within six months, she sets to work scheming. But the brooding shoe designer has no interest in his aunt’s high brow, frivolous socialites. On one such date, Omer kisses the nearest waitress, Defne, to escape.

Defne is initially aghast when Omer’s aunt offers to hire her to steal Omer’s heart, but seeing the offer as a solution to a crisis of her own, Defne reluctantly agrees. But when Defne falls head-over-heels for Omer, she finds herself trapped between her love for him and a 200,000 lira secret…

The heart of any series is the basic story, and the storyline of Kiralik Ask was very well crafted. It moved at a good pace and had a nice balance of light-hearted, happy moments, wounded sadness, and contemplative introspection.

The balance of “on-again romance” to “off-again conflict” also seemed just about right, and the writers gave Omer and Defne plenty of romantic moments. 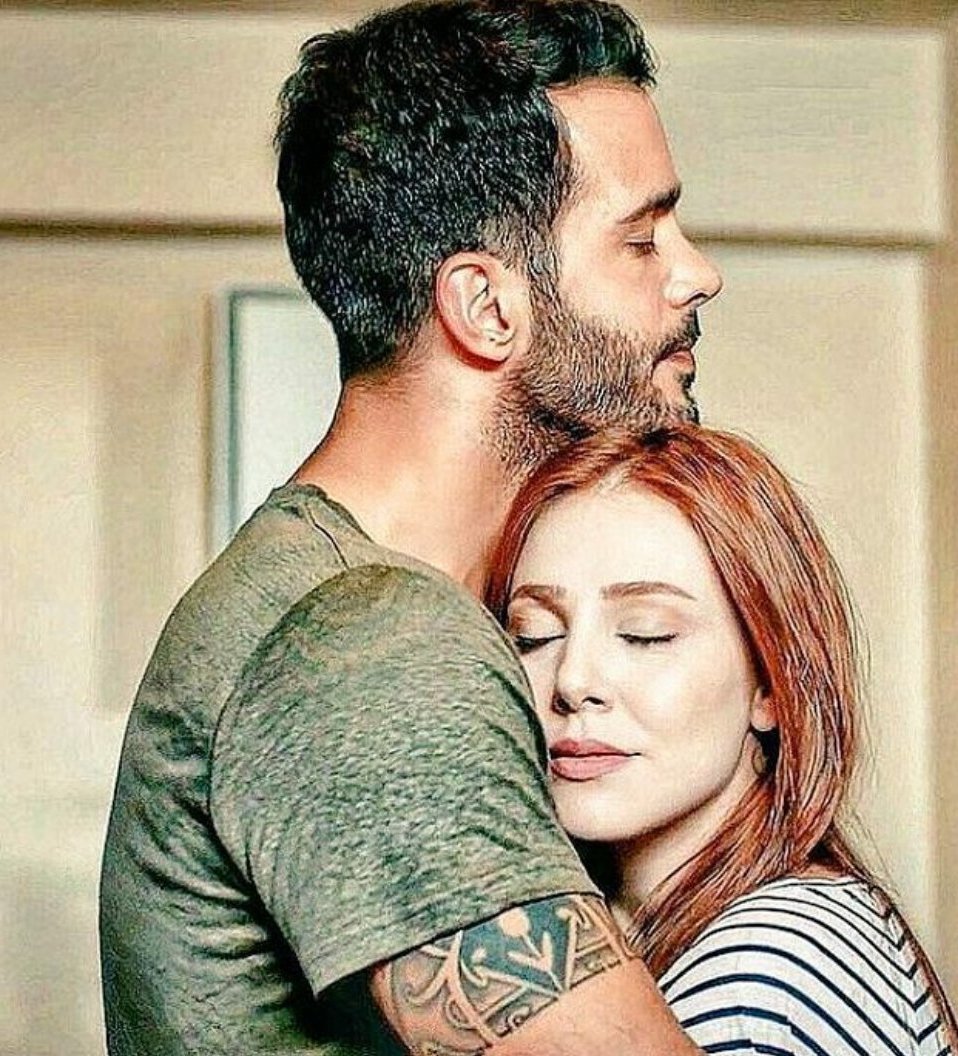 A good Turkish Drama romance is elevated to a great one when viewers feel the magnetic attraction between the leads. Baris Arduc and Elcin Sangu definitely had that intangible something, that spark which led to some sizzlingly romantic moments that often left me swooning like a starry-eyed schoolgirl.

Defne was like a breath of fresh air to Omer, whose wounds from the past had left him brooding in self-isolation. Her happy-go-lucky personality and genuine innocence awoke in him a sense of wonder and renewed his faith in humanity. In turn, Omer brought out things in Defne she’d never had the opportunity or confidence to pursue. This warm/cool combination of personalities created a nice balance between the couple.

In addition, three characters were like a steadying rudder helping to guide the couple through stormy seas: 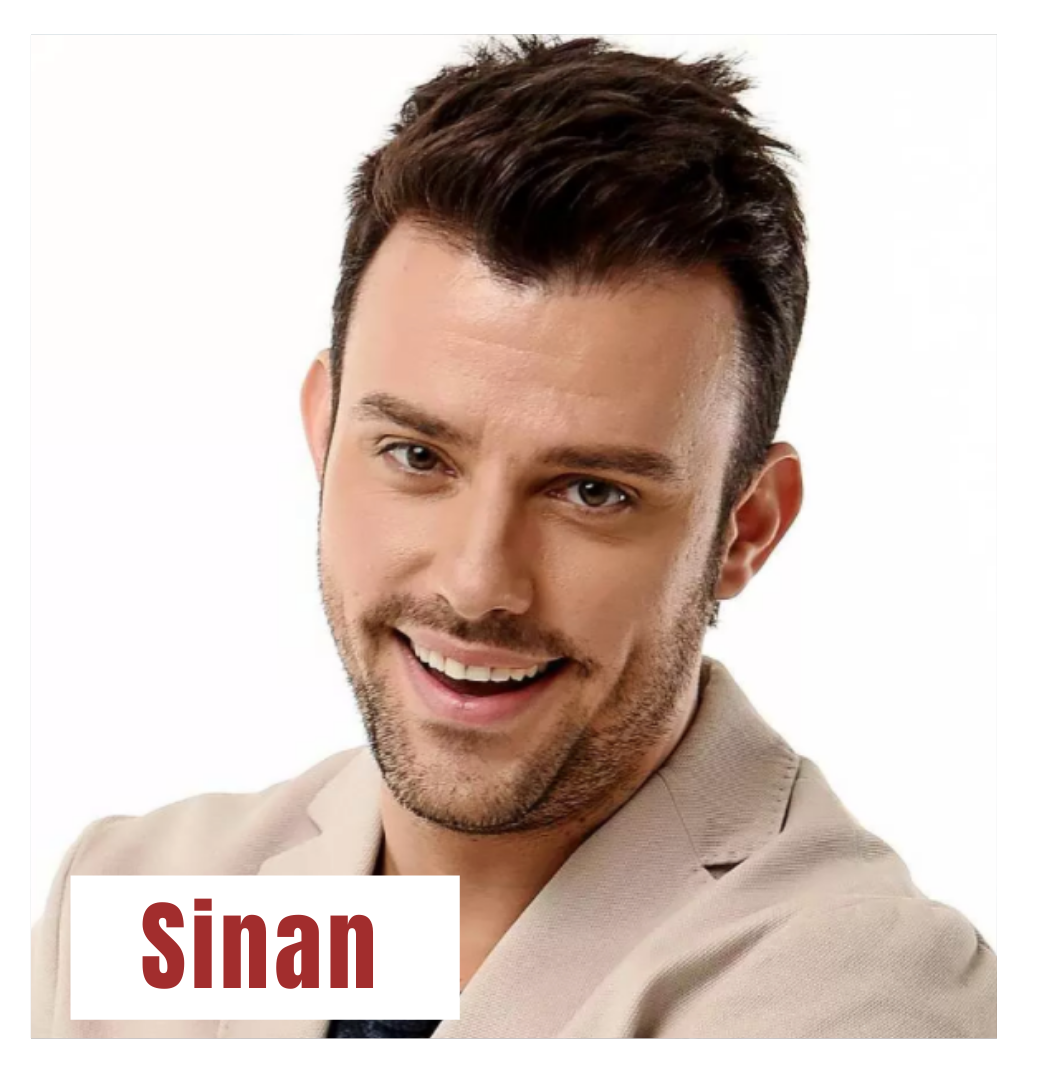 If rich, brooding Omer is Mr. Darcy, then his vivacious best friend and business partner Sinan is Mr. Bingley. I really enjoyed their ‘ying/yang’ bromance and the dynamic their contrasting personalities brought to the series.

For me, Usta, Omer’s mentor, elevated Kiralik Ask beyond “just a rom-com” with his aptly spoken pearls of wisdom.

This humble shoe maker brought depth to the series by reminding me that the real treasures in life are not objects possessed like designer shoes and expensive cars. They are gifts of the heart and truths from the soul.

On more than one occasion, I rewatched one of his wise-word scenes to be sure I truly grasped the depth of what he said. These ah-ha moments left me feeling like a richer, wiser person for having watched. 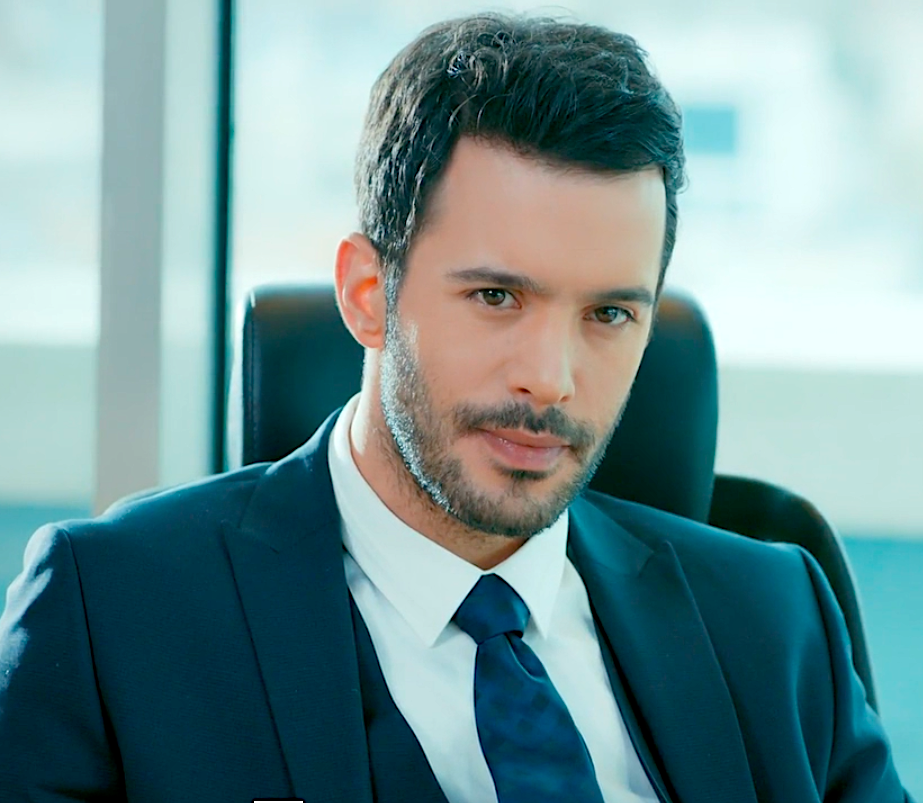 Baris Arduc was excellent as the brooding, but wounded businessman whose soft side was awakened little by little by Defne. He had a cheeky little smile that didn’t surface a lot, but when it did, it lit up his face. And his exceptional chemistry with Elcin made him that much more endearing.

Kerem Firtina, who played Iso, Defne’s best friend, had a few scenes that I felt were near showreel quality. Kudos to the writers for creating well-defined characters that gave the actors distinct personalities to embody and mold.

Several of the Turkish Dramas I’ve watched recently felt like both writers and actors had run out of steam by the end and were just ready to be done–very anticlimactic. But the ending of Kiralik Ask was immensely satisfying. Most loose ends were tied up, and much of the final episode was dedicated to showing the couple happily basking in their togetherness.

And the final scene was like a cherry on the top. It was not only touching and inspiring, but left me with a very gratifying sense of Ahh.

What I wasn’t so fond of:

Although the main theme song was a very catchy tune, the rest of the soundtrack was just, well… there. Very unremarkable. And much of the music (including the theme music) had Turkish lyrics, so any real meaning the lyrics brought was lost to this English speaker. I only mention the soundtrack because so many Turkish drama series have truly magnificent soundtracks. Unfortunately, to me, this was not one of them. 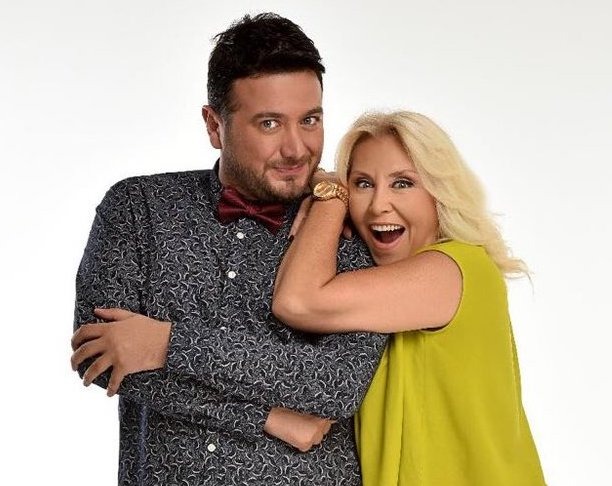 Neriman (Omer’s aunt) and Koray (Omer’s sort-of business partner) had a very odd friendship. I’m guessing the effeminate duo was created to provide the comedy in the rom-com, but I only found them annoying. To me, their comedy seemed silly and their interactions only seemed to fill space and stall the story. I made liberal use of the fast forward button.

As seems to be the norm among Turkish dramas, love at first sight struck all the couples in Kiralik Ask. The only exception was Defne and Omer, whose relationship was developed at least a little before they fell madly in love.

Similarly, two male characters each fell in and out of love with three different women in the span of 69 episodes. Even the fastest Cupid isn’t that fast. And for one of these male characters, fickle love wasn’t consistent with the nature of his character.

Omer and Defne’s romantic journey kept me up late many nights always wanting to watch ‘just a little more,’ and the things I loved about Kiralik Ask far outweighed my qualms. I enjoyed it so much that Kiralik Ask now ranks as one of my favorite Turkish drama series thus far.

If you love Turkish Drama romance, this one should definitely be on your watch list. Just be prepared to hit the fast forward if you aren’t keen on silly comedy that doesn’t advance the storyline. But be sure to savor Usta’s words of wisdom and allow plenty of time to enjoy the last episode and bask in the couple’s happiness. You might even watch that last scene twice. 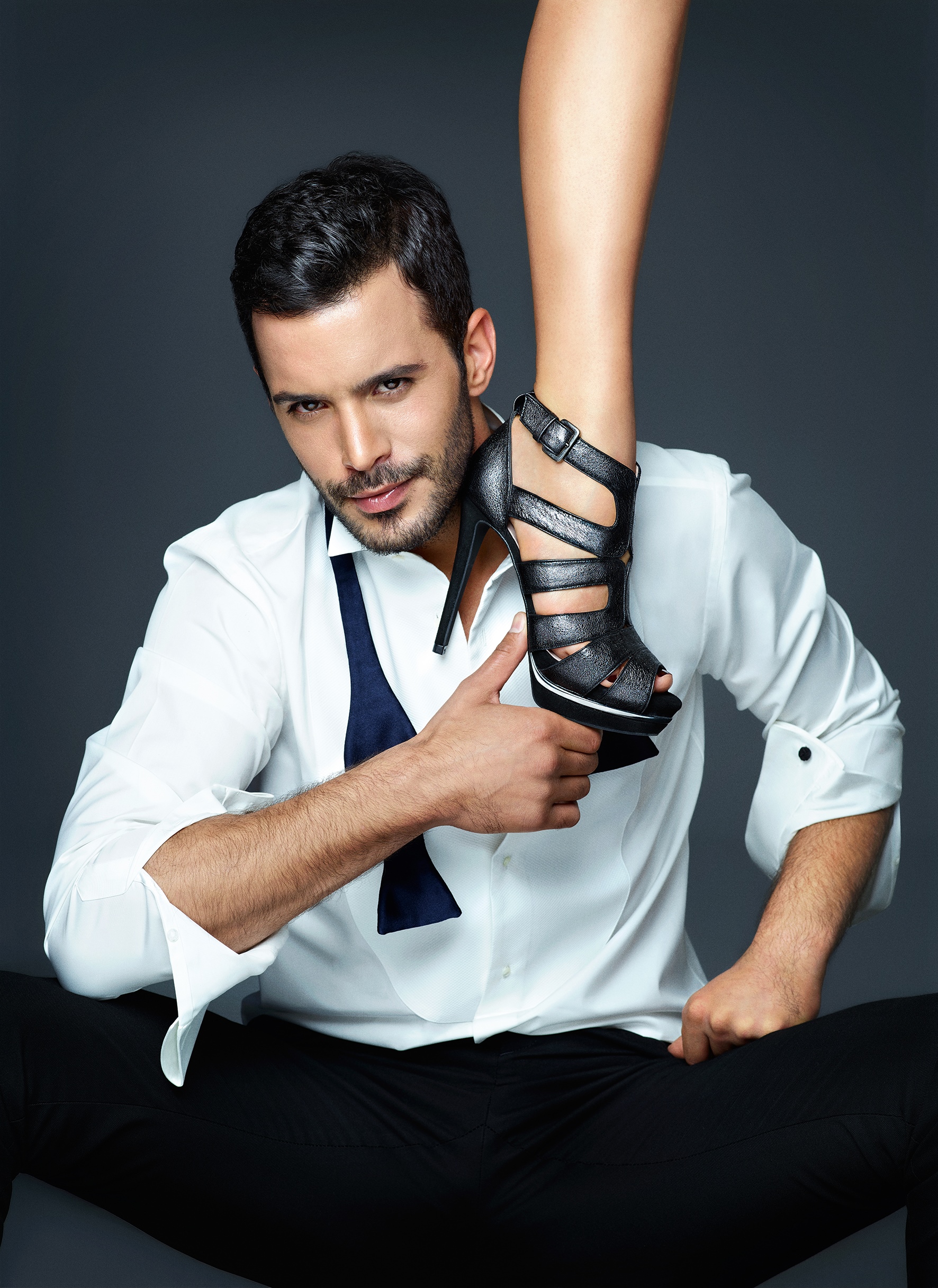 • While Baris was playing a shoe designer in Kiralik Ask (2015-2017) he was the advertising face of Derimod shoe company, maker of high fashion shoes similar to the kind Omer was designing in the series.

• In episode 61 of Kiralik Ask, Omer and Defne attend a shoe convention at the Pullman Convention Center in Istanbul–which is a real event held there annually.

• Following the success of Baris and Elcin as a couple in Kiralik Ask, they were immediately cast opposite each other again in November 2017 in the romantic comedy movie Time of Happiness (Mutluluk Zamanı). I watched it here with English subs. It may also be available on Amazon Prime Video.

• To quickly find the romantic scenes, wise words of Usta, and other notable scenes, check out my Kiralik Ask episode guide.

See all posts by Ginger Monette →