In 2016, Netflix forayed into the Turkish dizi world by buying a big bundle of streaming rights through Ecchorights, one of Turkey’s largest content distributors. They started streaming popular titles such as Kurt Seyt ve Sura, Winter Sun, Magnificent Century and more. Even though popularity of Turkish drama had been growing exponentially in the Middle East, Latin America, South Asia and other markets, its footprint in English speaking markets had been minimal until Netflix changed the game.

Judging by how lucrative the Turkish move was for Netflix (user base in Turkey has grown at a compound annual growth rate of greater than 50% since 2017), by mid-2017, it had already announced that it will invest in the first Turkish Netflix original. Unlike the typical romance, social or the occasional crime drama genres the Turkish dizis are famous for, the proposed project would focus on a young man who comes to know that he carries the centuries old heritage of supernatural powers acquired through talismanic items and is tasked as The Protector of Istanbul, fighting against the ever-increasing evil doings of the Seven Immortals. He is supported by an army of the Loyal Ones, who are all sworn to keep him safe as he pursues his quest, often at the cost of their own lives.

The cast for The Protector, which is also known as Hakan Muhafiz in Turkey, is led by the internationally popular Cagatay Ulusoy, with female leads Hazar Erguclu and Ayca Aysin Turan by his side. In addition, The Protector boasts an excellent ensemble cast that includes industry veterans such as Okan Yalabik, Yurdaer Okur and others. The local production team includes unconventional Indie filmmakers and veteran directors of local and international fame.

The end product itself pushes the boundaries on multiple dimensions. It is not only the first fantasy drama out of Turkey with the typical battles between good vs evil, the average episode lengths are commensurate with what Western audiences expect at approximately 45 minutes each as opposed to the customary 2+ hour episode length of a Turkish dizi. The characters step away from the predictable gender stereotypes that are prevalent in the majority of Turkish dramas, which are usually steeped in traditional family and moral values, and instead depicts a modernity that is at par with Western sensibilities. With 18 episodes across two seasons already available on Netflix, The Protector has been hugely successful for Netflix and has opened the flood gates to many more Netflix Turkish originals, with no limitations on the kinds of genres to be explored.

The Protector, which has been likened to the Marvel superhero series, is adapted from a book Karakalem by a female Turkish author, Nilufer Ipek Gokdel who usually goes by N. Ipek Gokdel. Much like J. K. Rowling of the Harry Potter fame, Ms. Gokdel has created an alternate world that co-exists with the mortal world as we know it. Her character’s supernatural powers are derived from historically important talismanic items that tie into Ottoman mythology. Even though the TV production takes several expected creative departures from the book, it still imaginatively maintains part of the essence of the Turkish heritage that Ms Gokdel had painstakingly imbibed into her book. You can read an excellent English interview of Ms. Gokdel here, where she explains some of her creative process about important elements in her book. Not all of them make it into the Netflix version, but the underlying theme of an alternate world existing within present day Istanbul remains true to the book, where characters with supernatural powers intermingle with everyday people and the interplay between the good and evil leaves the future of humankind hanging in the balance.

It is no mean feat to create such a fantasy world that is grappling with many issues prevalent in modern times, while overlaid with the supernatural society that is fighting behind the scenes to maintain order in the mortal world. Showcasing many of Istanbul’s architectural marvels, and intricately weaving in wonders created by famed architect Mimar Sinan, some of the cat and mouse chases among the various protagonists are reminiscent of Dan Brown’s treasure hunts in the Da Vinci Code. As much as the characters breathe life into this fantasy world, so does Istanbul herself, resplendent in her full glory. 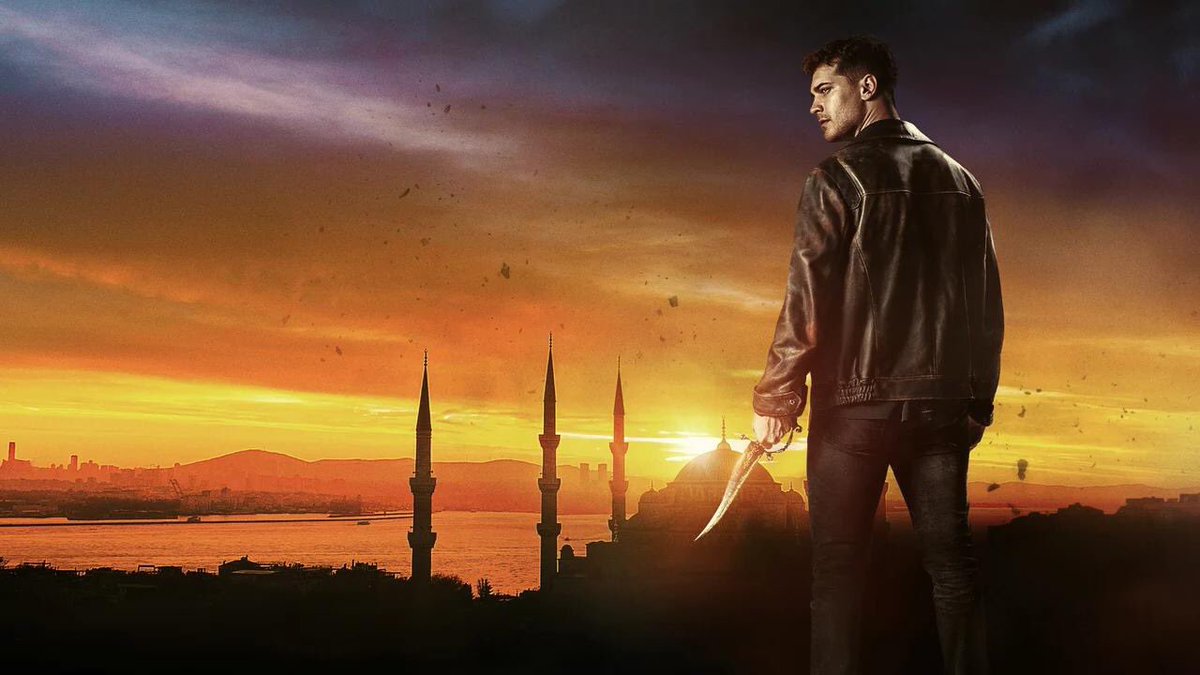 Performances in The Protector are atypically Turkish. While the actors still emote with the same depth as we have come to expect from traditional dizis, emotions have to be expressed more subtly and broken out across multiple shots, as opposed to a single, multiple minutes long shot we see in the dizi. Cagatay as Hakan has a Herculean task of showing a vibrant young man, a dreamer, whose known world evaporates with the sacrificial death of his adoptive father. Simultaneously, he comes to learn of the crippling responsibility of being the revered ‘leader’ of the Loyal Ones while also having to embrace his new-found powers and his destiny as the Muhafiz.

As his story unfolds, Hakan gets the first truthful glimpses into his history since his long-forgotten childhood, and comes to learn about his parents’ horrific deaths. He realizes that much of what he knows of himself and the world around him are fake. As an individual who has to navigate this nebulous new world, he gets into predicaments that question love, life, meaning, purpose, future and the roles he needs to play in protecting those he cares about. Amidst his responsibilities, we often see him slide back into the carefree man he used to be, struggling to strike a balance between his past and the future. If you have watched Cagatay as Sarp Yilmaz in Icerde, you are aware of his ability to create a nuanced character. What at first blush might seem a shallow superhero character, Cagatay as Hakan infuses a lot of depth through micro expressions that one begins to appreciate during a repeated and more mindful watch.

When asked, this is what Ms. Gokdel has to say about Cagatay and The Protector, “Having joined social media platforms recently, I have been pleasantly surprised by the ardent support The Protector and its cast have received since its release. When I created the character of Yavuz in my books (renamed Hakan in the TV show), I wanted to create a role model for the youth of today. Someone who had an unwavering moral compass, with a strong sense of justice and integrity. To see that vision translated onto the screen, and watching how Cagatay breathed life into a character that was larger than life in my imagination, has been a joyful experience. I hope viewers will continue to enjoy the story of the Muhafiz!”

As an experimental production that was a first for Netflix in Turkey, The Protector did justice to the industry by having more than 10 million views of its first season in its first four weeks. Perhaps the success is partly fueled by Cagatay’s existing global fan following, but it has also brought in new viewers for the country. The production cleverly showcases some of the best sights of Istanbul to a global audience, telling a modernistic story that draws one into the ancient layers upon which the present day city stands. Regardless of the contributing variables, the popularity for the show is indisputable and as Season 3 of a total of 4 is about to drop in Netflix at midnight Pacific Standard Time on March 6th, we hope you will tune in to binge-watch as millions of other fans plan to do. It promises to be the most ambitious installment yet and will delve deeper into the intricacies of the alternate world of The Protector, Loyal Ones and the Immortals. We leave you with an extended version of the trailers up to the third season, which has been created by @414rl for Cagatay Ulusoy North America.

You can visit the Cagatay Ulusoy North America YouTube channel to watch a 10 part short video series providing highlights of the earlier two seasons of The Protector. You can also search for our prior blog posts on The Protector, that provide deeper insights into the production, including an episode guide for older seasons.