Marketed by Netflix as “Tomb Raider” meets “The Da Vinci Code”, “Atiye” (“The Gift”) hit the screens worldwide on 27 December 2019. A second season is also ready and scheduled to appear later in 2020. In just a few days, the series has met with a very positive response in Turkey. However, it will take some time before Netflix decides whether to renew the show for additional installments. This article reviews “Atiye” with care not to provide spoilers and, hopefully, entice readers to tune in to this exciting new production. 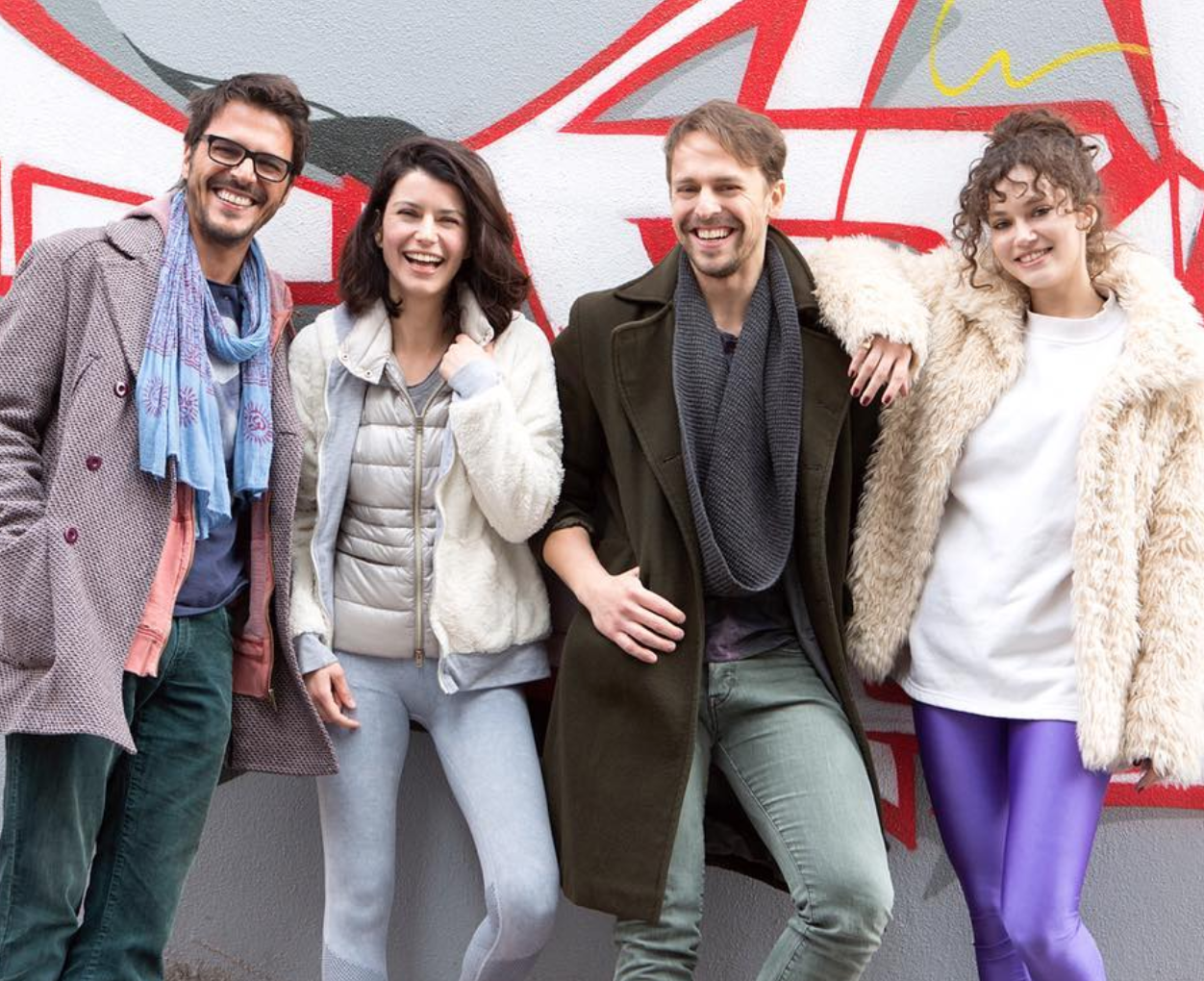 “Atiye’s” story centers on a young female painter (the always fabulous Beren Saat,) who has obsessively produced artistic variations of the same geometrical symbol since her childhood. Early on in the series, she gets engaged to her wealthy partner Ozan (Metin Akdülger, who played Orkun in “Medcezir”) and appears poised to enter a perfect life. However, when archaeologist Erhan (played by the consummate Mehmet Günsür) finds the same symbol among the ruins at Göbelik Tepe, her life suddenly spins out of control. Her quest for answers leads to the discovery of chilling hidden family secrets and brings considerable danger to herself and her loved ones.

“Atiye” offers a stimulating puzzle that, after the first season, poses more questions than it answers. With references going all the way back to the Neolithic Age, the show concentrates on peeling off the multiple layers of the main characters’ obscure past. Much, however, remains shrouded in mystery. We will thus have to wait for season two to make more sense of the story’s unintelligible present. What is more, “Atiye” provides a post-modern narrative, in the sense that multiple timelines – when not alternate realities – overlap simultaneously during the series. These concurrent subplots are more complex than regular flashbacks, and may at times disorient the viewer. On the other hand, they inspire considerable awe towards the screenwriters’ ability to weave such an intricate narrative.

The series showcases multiple characters. Perhaps too many to be well delineated. Had Netflix released more episodes, they would have resulted perhaps more compelling. The acting is very solid, both at the individual and the ensemble level. It is advisable, however, to watch the show in the original Turkish in order fully to appreciate the actors’ considerable skills. Beren Saat, in particular, is to be commended for a superb and brave performance, during which she often appears disheveled and without makeup. The celebrated protagonist of ground-breaking roles in “Aşk-ı Memnu” and “Fatmagül’ün Suçu Ne?” confidently delivers another powerful, satisfying and compelling female character. 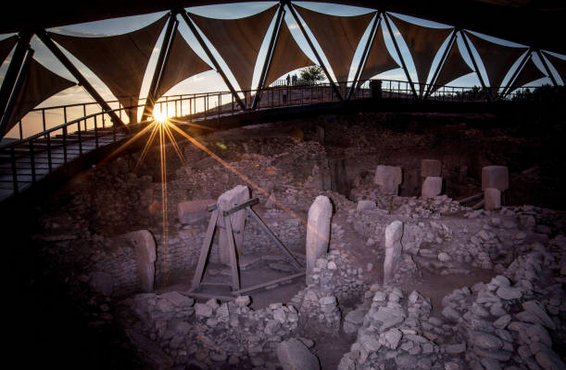 For a sizeable portion of this intriguing new series, the Southeastern Anatolia locations provide an amazing visual backdrop. “Atiye”, however, deals very little with the extraordinary archaeological findings at Göbelik Tepe. Regrettably, even the numerous underground scenes offer little visual connection to the unique architectural structures found at the site. Thus, the show’s considerable mysticism notwithstanding, viewers emerge at the end of season one with only a vague idea of why and how the world’s allegedly oldest temple relates to Atiye’s supernatural legacy. The series could have definitely capitalized more on Turkey’s (and, in general, the Middle East’s) rich history, mythologies and mystical culture to offer a broader, multi-layered background to the story.

“Atiye” is the second original Netflix Turkish production after “The Protector”. The latter was a resounding success, with more than twenty million households viewings worldwide. This is a high bar for “Atiye” to reach in terms of audience response but, given the main protagonists’ fame both at home and abroad, not an impossible one. This being said, any comparison between the two series is inappropriate as they clearly belong to different genres (Fantasy/Superhero/Action vs. Supernatural/Mystery/Thriller) and targeted different viewing audiences. What is safe to say, however, is that together they confirm Netflix’s “disruptive” strategy with respect to Turkish productions. Intentionally or otherwise, the global streaming giant appears bent on harnessing the considerable know-how and talent available in the local entertainment industry to release shows that diverge substantially from classical Turkish TV fare. 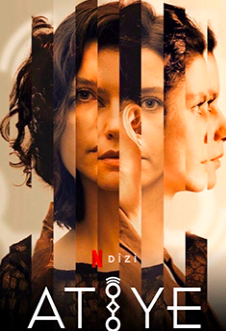 In a July 2019 interview with the Holywood magazine “Variety”, Çağatay Ulusoy (the star of “The Protector”) declared that his series introduced a “new genre” of Turkish dramas. Indeed, for the first time, “Hakan: Muhafiz” superimposed a suspenseful action superhero epic on traditional Turkish dizi storylines, with just a touch of comedy in the mix. While older, conservative dizi viewers decried the lack of character development, the modern rendering of romance, and the dearth of references to Turkish traditions, younger and international audiences welcomed the fast pace of the story, the spectacular glimpses into both ancient and modern Istanbul, and the advanced special effects. Providing a female-centered supernatural thriller cum Turkish family drama against the breathtaking location of Göbekli Tepe and surrounding areas, “Atiye” is another first for Turkey. Most of the protagonists are not only women but are also modern, strong, independent, educated and sexually liberated individuals. For better or for worse, they rule the arcane world in which the lead protagonist precipitates.

“Atiye” is disruptive in a practical sense too. Beren Saat and Mehmet Günsür are two additional mega-stars joining the ranks of fugitives from the mainstream Turkish television establishment. More precisely, from its punishing working conditions, routinely conventional scripts, limiting censorship restrictions and extreme job insecurity. As the first to sign on with Netflix three years ago, Çağatay Ulusoy paid a price for his defection in his home country. His decision, however, opened the floodgates. Since then, an increasing number of prestigious Turkish film and TV professionals continue to join internet-based productions that promise better contractual terms, more creative freedom, and greater global exposure. While the traditional entertainment industry will no doubt continue to operate to fulfill the country’s domestic demand, “Atiye” confirms that Netflix’s entrance in the Turkish market has forever changed the rules of the game. 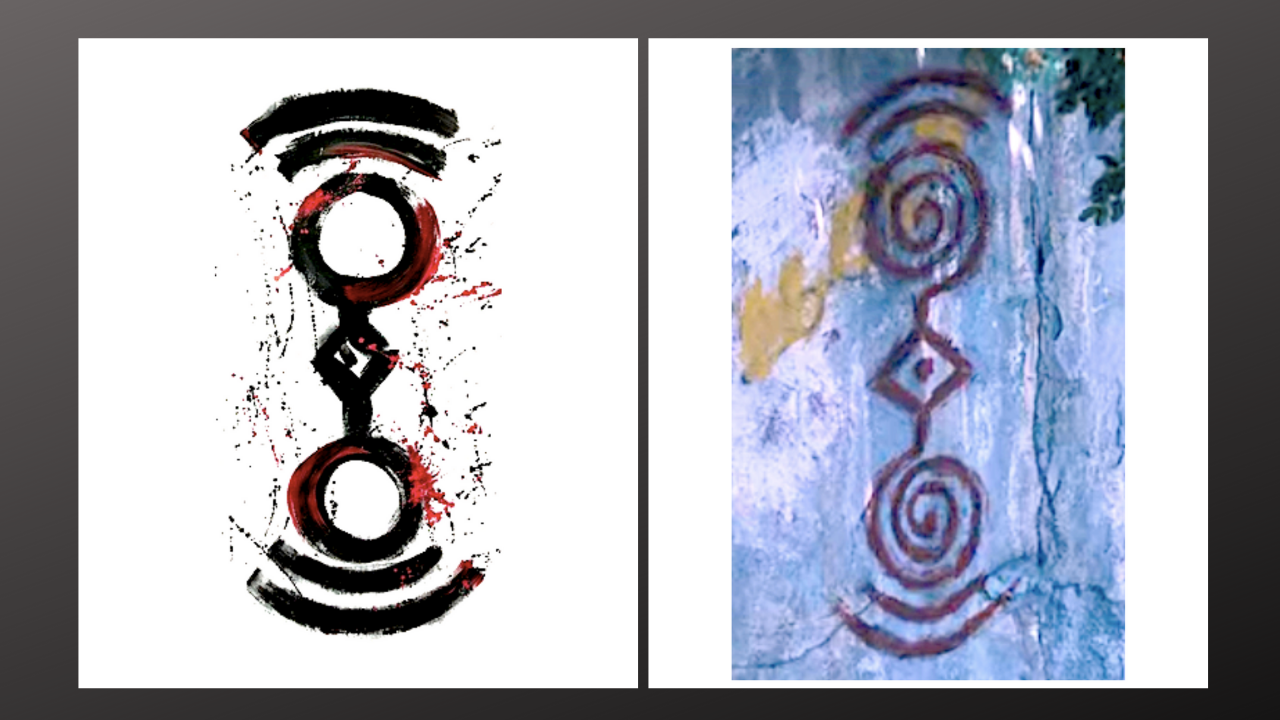 “Atiye’s” initial eight episodes conclude with a brilliant final scene that is sure to pull viewers in for the next installment. Without giving anything away, the scene in question is surprising (to say the least) and will prompt many to re-watch “Atiye’s” first season from the beginning with a new perspective in mind. Between now and the second season, it will be a great deal of fun to speculate on exactly what happened, as several competing interpretations are available to explain the sudden and unexpected coup de théâtre. In conclusion, when preconceptions about what a Turkish series should look like are abandoned, “Atiye” provides a stimulating and enjoyable experience, which will keep viewers entertained and leave them guessing for months to come.

* No Copyright infringement intended. All pictures and video clips belong to their original owners.

A native of Italy, Paola Cesarini has a Ph.D. in Political Science and worked as an international civil servant, a university professor, and a leader in higher education for many years. She is fluent in six languages and is currently learning Turkish. She lives in Denver, CO with her husband and two children. In her free time, she enjoys reading, cooking, classical music, swimming, skiing and exploring other cultures.

• Saddened with the news this morning, of the 6.6 earthquake in Izmir. Our prayers are for all the lives affected. #geçmişolsunizmir #turkey #earthquake •

A mini Bolat coming to crash the party?!

• P E R S P E C T I V E ~ During #domesticviolenceawareness month of October #yenihayat opened the door for an important social dialogue. The narrative around domestic violence can only change when everyone come together and work together. Read this insightful piece on this thought-provoking topic •

• P E R S P E C T I V E ~ A fun piece by a native Turkish dizi watcher, sharing her thoughts on how “The unifying power of the visuals and sound blend together in harmony, amplifying the effect when it is a song by a famous singer.” •

• T R A V E L ~ #ishakpaşasarayı #ishakpashapalace is a gorgeous destination in Eastern Turkey, seen on the layered dizi #Hercai. Read this informative piece on the Splendor of the structure! •

Will Serkan reveal the truth?