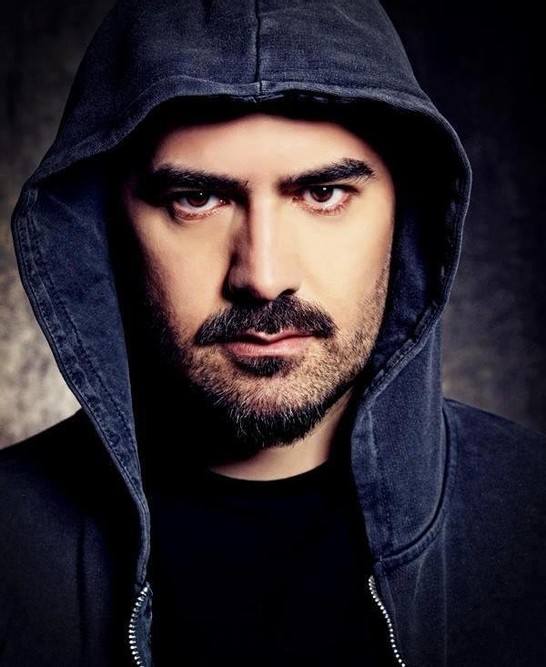 Toygar Ali Işıklı, Turkish composer, music producer and singer was born April 16, 1974 in Gölcük, Kocaeli, Turkey.  His ethereal and emotive melodies are the hallmark of Turkish dizis (series) enjoyed by fans all around the globe.  I first became familiar with his music while watching one of my favorite Turkish series, Kuzey Guney.  The merit of the series plot aside, it was the masterful scores created by Toygar Isikli that gave voice to the show’s characters.  Who can forget this scene below in Kuzey Guney?  His gravelly voice softly crooning while Cemre, stuck between two brothers, contemplated her lot in life; loving one brother, knowing that love could never be returned.

Also in Kuzey Guney, Isikli’s “Çamurdan Dibim Görünmüyor” captured the essence of the unattainable romance between Kuzey and Zeynep.  The melancholy sound of the saz transported me back to my youth, when love was fresh, new and achingly beautiful.  I didn’t want Kuzey to be with Zeynep, but I knew what it felt like to be so close to someone, yet so far away.  Like Zeynep’s love for Kuzey.. And so when I heard that beautiful score, I felt a kinship with Zeynep albeit against my will.

On the other hand, the orchestral sounds of “Kafes” made me stiffen because I knew any minute now, the dastardly Ferhat would appear and Kuzey’s life would be in shambles once again.  But at the same time, something about the music, perhaps the percussion timbre, gave it a comical feel.  Maybe it was for that reason, though evil as he was, I didn’t despise Ferhat the way I despised the villains from other series.

Later, while watching Karadayi (perhaps my favorite Turkish show) I couldn’t wait to hear the sweet melody of  Isikli’s “Feride and Mahir”.  So much tragedy and mishap dominated the series, that when this song played, my heart lightened, my jaws slackened, and my shoulders relaxed.  I knew that even if it was for a few minutes,  all was well in the world…. Feride was gently snuggled in the strong arms of Mahir, and his chin lightly rested on her head.  These brief moments gave me the strength to forge ahead as the couple faced one disaster after another… one test of their love after another…

And when I was really lucky, I would hear “Evlatlarim”.  That was when I knew I would learn something; because Evlatlarim meant Nazif Baba.. it meant that Nazif Baba would look at me with his wise, gentle eyes and would impart his insight.  I know Nazif Baba wasn’t too much older than I am now.  I should have his sagacity too… But somehow, he would paint the misery he was facing with a gentle brush of circumspection that I had not considered. I would sit glued to the screen to see how he reacted to the evil that was done to him.  A man who was framed for murder. Sentenced to die.  Yet, even in the depths of despair, he never lost his compass.  It always pointed true north.

And then there was Cesur ve Guzel.. How can one describe the beautiful music of that series? With the staccato sounds of the piano and the melancholy sound of the cello in “Aci Ask” you are able to SEE Suhan.  Her exterior calm and calculating, and her interior a turmoil of emotions.  Confounded and at the same time beguiled by the mysterious Cesur.

Isikli’s liberal use of instruments from saz to symbols, drums to cello, piano to violin and even accordion! overwhelms the senses.  Anyone listening to the music finds herself moving from anguish to jubilation in an instant.  In “Ruhum Senin” you become entangled in Cesur and Suhan’s love.  Neither knows how they got to where they are, but neither can keep away.  It can’t be helped, and you understand why.  Somehow you understand everything.

And of course, one cannot talk about the music of Toygar Isikli without mentioning “Yasak Ask” from Aski Memnu.  How could Bihter and Behlul resist each other?  They were bound to each other from the moment they saw each other.  Through “Yasak Ask” you feel the tragedy of their love.  You can’t help but hope for the best, even though you know it can never be.  Yet you still persevere, hoping against hope that you are wrong.

Is there hope? How can there be when Bihter is married to Behlul’s uncle?  The man who raised him like a son.  But it’s moments like this.. through the music of “Aska Teslim” when you think maybe they’ll surrender to their passion.

There are so many many other instances in so many other series.. I haven’t even touched on Ezel, or Kurt Seyit ve Sura, or the unforgettable, wistful music of Menekse Ile Halil and the dozen other series that feature Isikli’s masterful work.  Each score encapsulates a scene, a moment, an emotion. One cannot stay indifferent to his music. Each melody takes you to a point in the series and a point in your life.  Because each Turkish series touches on an aspect of life itself.  Something we have all experienced.  A doomed love. A forbidden love.  A love worth the struggle. The love for one’s mother and father; the love for one’s children.  The sacrifices we make.  The ones we don’t and quickly regret.  Each note reflects those moments of the series and of our lives.  And note by note, the beautiful music of Toygar Isikli brings those forgotten moments to you, and raises series like Karadayi, Cesur ve Guzel, Kuzey Guney and Aski Memnu  to iconic levels.

No copyright infringement is intended. All photos and video clips belong to their respective owners.