One of the first things I learned about cooking is how important it is to have basic staples and ingredients in your pantry. Making a family meal, or even a small lunch or snack, becomes easier and more enjoyable.

In my American kitchen, the basic staples in my pantry always include several types of cooking oils, cans of soup, tomato and pasta sauces, beef and chicken broth, canned vegetables. Jars of salsa, chiles, a variety of beans, dry pastas and noodles, several kinds of rice, ketchup, mayonnaise, different mustards and pickles, and bins of onions, potatoes, and peppers. I must have one jar of every dried herb and spice! My freezer is my best friend for storing quantities of meats, seafood and vegetables for future use. The local supermarket is where I buy fresh produce, milk and cheeses, meats and seafood.

Creativity can abound if you have a well-stocked pantry to draw from. And not bragging here, but my family would say they have had some fabulous meals just “made up” from what happened to be in my pantry at the time. Then they cry that I never write down a recipe so they will never have that special meal or that particular soup ever again.

Here is the burning question. If you want to cook Turkish food and make it authentic, how do you stock a Turkish pantry? 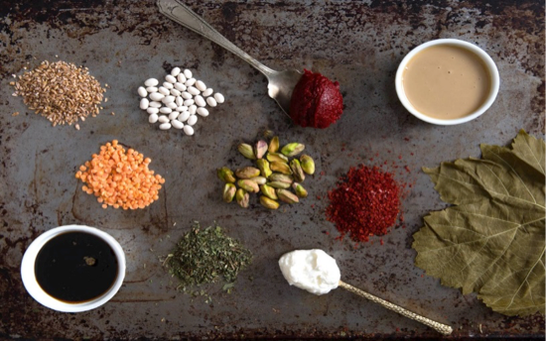 From the menus of Turkish restaurants in America, one might conclude the Turkish diet consists of grilled meats, cheesy flatbreads, baklava, and a few chopped salads and vegetable-based meze, like hummus or baba ganoush. Trying to define “Turkish food” is a futile task, like describing “Chinese food”. Turkey is home to a myriad of cuisines that reflect regional topography and climate as well as local history. In Turkish kitchens around the country, cooks tend to stick to traditional regional fare. It is far less complicated compared to trying to roll your own yufka (like phyllo sheets but thicker), or making baklava as a first attempt at making a Turkish dish.

For the beginner, everything you need to cook Turkish food at home can be purchased online; at your nearest Middle Eastern, Turkish, or Armenian grocery; and/or at many specialty food purveyors. Here is a basic shopping list for stocking your Turkish pantry: 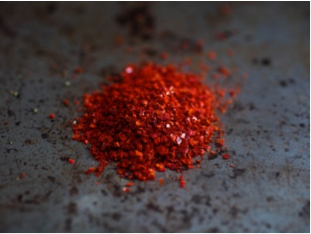 Knead the chili into (balls of minced or ground meat); add it to five- and seven-spice mixes; saute it with onions and garlic to add flavor and color to sauces.

FRESH HERBS (otlar): flat leaf or Italian parsley (maydonoz), dill (dere otu) and mint (kuru nane) are the trio of herbs whose role in the Turkish kitchen equates with that of basil in the Italian kitchen. Turkish cooks use fresh herbs with abandon! 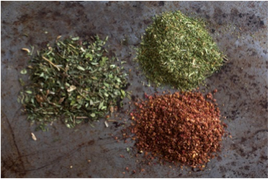 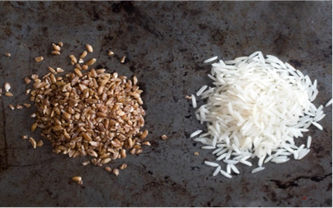 Kisir– a tabbouleh-like Mediterranean Turkish dish. Fine bulgar is kneaded with tomato and red pepper pastes, moistened with a bit of olive oil and fruity-sour pomegranate molasses, and tossed with heaps of fresh mint and parsley.

TOMATO AND PEPPER PASTES (Domates Salcasi/Biber Salcasi): available in sweet (tatli) and spicy (aci); both have a texture identical to Italian-style tomato paste and contain no seasonings other than salt. They are staples of the Turkish kitchen. 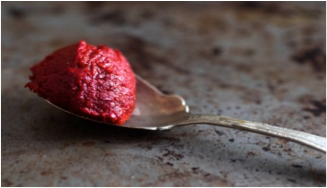 Uses: These pastes are used to flavor soup, are added to sautes and kneaded into kofte, lend extra flavor to dolma and sarma fillings, and are used as a spread on Turkish grilled cheese and other sandwiches.

FRUIT MOLASSES (Pekmez ve nar eksisi): Turkey’s original sweetener, these thick syrups are made from a single variety of fruit, including grapes, apples, mulberries, pears, and cactus fruit; sugar beets and carob are also made into molasses. 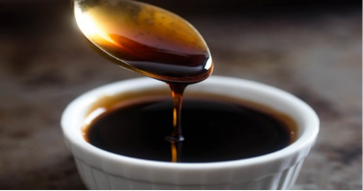 Nar Eksisi – Pure pomegranate molasses. It is a cross of sweet and sour and adds a fruity tartness to savory dishes, salads, soups, dolma, meat and vegetable stews, sautes, and meze.

PULSES: Dried seeds from plants in the legume family; an important staple in the Turkish diet. Red and green lentils (yesil mercimek); chickpeas (nohut); borlotti or cannellini beans are the closest equivalents to Turkey’s white beans. 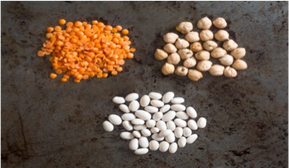 ​Tip: Boiling a batch of dried chickpeas gives them a better taste, they soak up more flavor, and hold their structure when cooking. They also release a liquid that can be used as a soup base and to stabilize hummus.

GRAPE LEAVES (uzum yapragi): Used primarily as wraps for meaty and meatless fillings made with rice and bulgar. 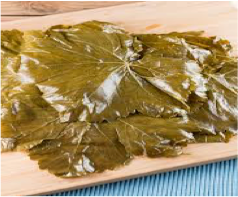 Fact: Turkey’s most prized grape leaves come from the inland Black Sea province of Tokat. In the spring, vendors at markets in Istanbul display piles of fresh leaves next to signs reading, “Tokat leaves have arrived!” 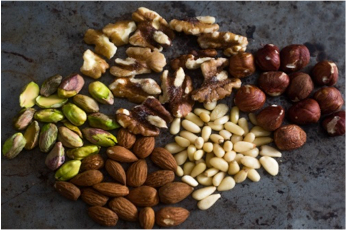 Fact: Walnuts (ceviz) are the most used in Turkey’s cuisine. In Circassian chicken (a cold dish of poached and shredded chicken cloaked in opulently rich walnut sauce); in muhammara, a spicy sweet pepper and walnut dip from Hatay Province; and to stuff into split, dried figs to serve with tea. 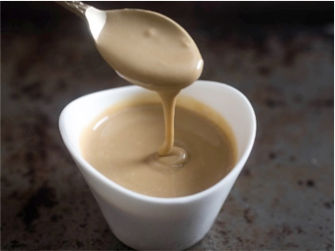 YUFKA: Circular pastry sheets made of nothing more than salt, flour, and water. It is thinner than lavash but thicker and sturdier than Greek phyllo dough. It becomes crispy when baked, making it the ideal base for all sorts of sweet and savory baked pastries. 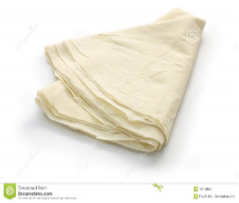 Uses: With a package of yufka, you can make Turkish-style baklava with pastachios or walnuts; or borek, savory or sweet pastries layered with or rolled around whatever filling the cook desires.

TO ROUND OUT MEALS:  Good olives (black and/or green); pure honey; store-bought or homemade mixed pickles; fruit vinegar (apple or grape); a bottle of buttery or fruity olive oil; and yogurt to serve as a side and to cook with.

Now that we have an idea of what the pantry in a Turkish kitchen might look like, we can get deeper into how these ingredients are used. As promised, we will be looking at Turkish culinary customs about breakfast, homemade food, and summer cuisine. And how the specialty dishes of Turkey differ from region to region. 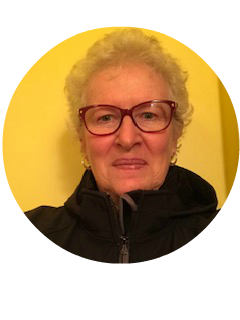