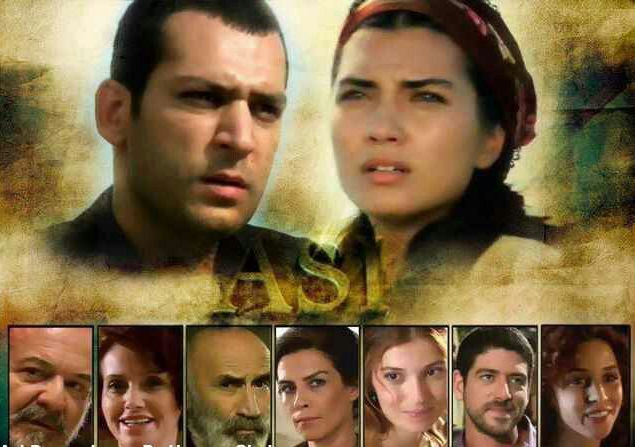 June 19th marked the 10th anniversary of the Series Finale of one the most well-known and classic Turkish series of all time, Asi. The series, along with Gumus, another international classic, has been watched by millions throughout the Middle East. I was introduced to Asi, which I now consider a classic, after already having found Turkish dizis. I was traveling with my family for two weeks in a country with little access to the internet and feeling disconnected and bored, I asked my mother for something interesting to watch. She gave me a knowing look and then handed me her Asi video disks.

I don’t even know how the two weeks passed. All I knew was that I was lost in the beautiful love story of Demir and Asi… I was enchanted by the majestic fertile valley of the province of Antakya in southern Turkey- also known as Antioch one of the largest cities in the Roman Empire. And after the two weeks I felt as if I was a part of the Kozcuoglu family. I cried with them, I laughed with them and I worried when one of them was in distress.

*For an easy read of the history of Antakya click here.

The production quality of the series is not that great; the editing is choppy, the audio is tinny, and sometimes it seems as though the series was filmed with a green-tinted filter. But none of that matters. From the very first scenes the story draws you in. The series is a Turkish take-off of Jane Austen’s Pride and Prejudice. Demir Dogan is a wealthy businessman who takes a detour to Antakya, the place where he was born, on one of his business trips. There, his car almost runs over Asi Kozcuoglu, the daughter of a prominent Antakya farmer. This type of scene is formulaic of most Turkish love stories. Typically, after the hero and the heroine “run into” each other, they interact, even if briefly. But this was different. Asi and Demir do not interact. And it was precisely this scene… Demir’s piercing gaze as his car zooms by Asi thirteen minutes into the episode that clinched it for me.

The series tracks the Austen novel in several ways. Asi, the second of four daughters, is independent, smart and the closest to her father whom she adores. Asi’s father, Ihsan is kind and honest, and while he is well-respected in his community, you learn that his financial situation is not on par with his prominence. Asi’s mother, Neriman very much like Mrs. Bennet in Pride and Prejudice, is flighty and superficial, always on the lookout for wealthy husbands for her four daughters, but is devoted to her husband and her family. And Demir who is aloof, proud and unapproachable is always accompanied by his long time friend, the amiable Kerem. Similar to Mr. Darcy, Demir has a domineering aunt and a sweet younger sister. There are a few other similarities related to the plot, but for the most part, this is where the resemblance ends. 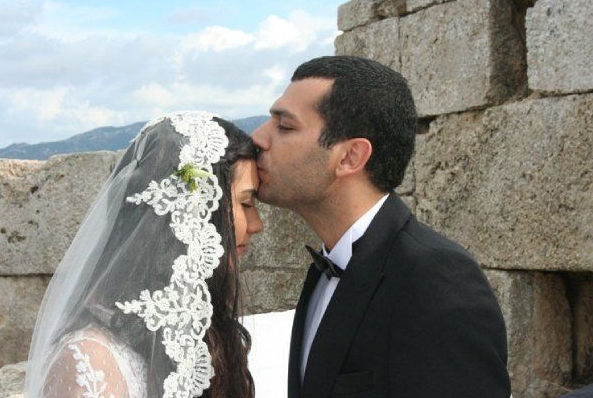 Demir’s past coincides with that of the Kozcuoglu family. His mother, a farm worker for the Kozcuoglus, took her life after she was accused of stealing. Demir and his sister Melek were raised by their aunt Suheyla who later married an Istanbul businessman. With a good education and business acumen, Demir grew his uncle’s business in to one of Turkey’s five biggest companies. And years later he returns to his birthplace to exact vengeance from the people who ruined his family.

It’s in this environment of tension and revenge that Demir and Asi fall in love. Murat Yildrim is the quintessential “Mr. Darcy”. His portrayal of Demir rivals Colin Firth’s portrayal of the arrogant Mr. Darcy. As Asi very astutely points out after Demir’s backhanded proposal, Demir is so sure of himself… so full of himself that he doesn’t see what others might think of him. And Tuba Buyukustun is perfect as the stubborn Asi, perennially bemused as she hopelessly falls in love with the mercurial Demir.

The 71 episode, two season series aired from 2007 to 2009, at a time when Istanbul was exploring its hand at becoming the Hollywood of the Middle East. And at a time Turkey was more liberalized though still with a focus on values. As such, the series has many more intimate scenes than the Turkish dizis of today. Besides Yildrim and Buyukustun, the series features such great actors as Cetin Tekindor ( Karadayi, Icerde), a young Onur Saylak (Carpisma) and the late Tuncel Kurtiz (Ezel).

I call Asi a classic because it is a series that I can go back to over and over again. In fact, I am watching it now as I wait for the new installments of Turkish dizis in September. For me, Asi is like comfort food. It’s where I go to when I want to feel like home.

*All pictures and videos belong to their respective owners. No copyright infringement is intended.