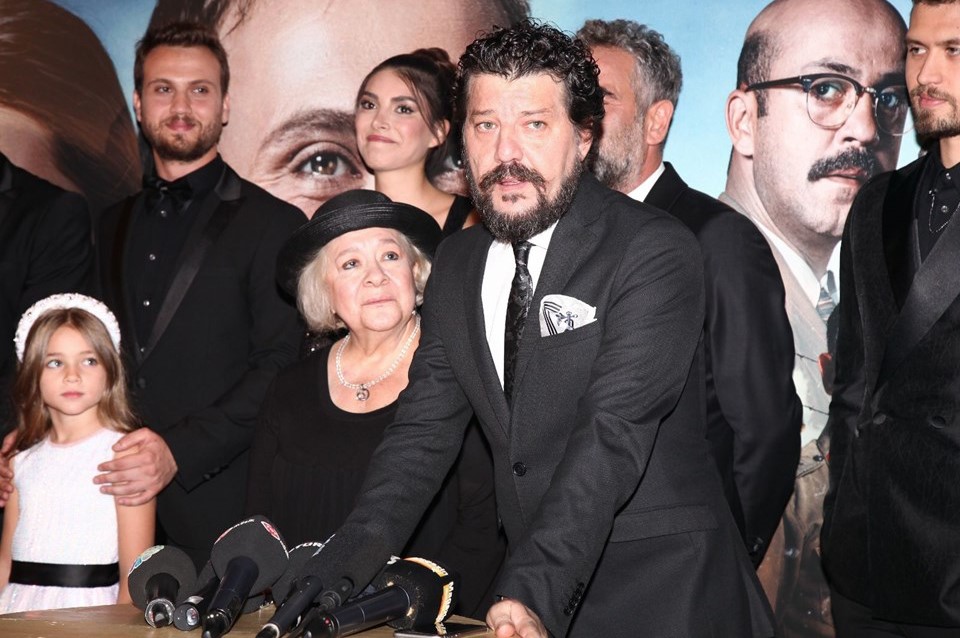 The key message of the movie, Miracle in Cell no 7, is that what really matters in our world, what is important, are the relationships between humans – how we speak to each other, how we look at each other, how we understand each other, what we do to each other. Arguably our greatest joys and our deepest sorrows come from, through and with other people: our loved ones, our children, our friends, our family, our workmates, our leaders, our fellow inmates. These human to human interactions are paramount in our lives.

And this message has never been more evident as now in the time of the coronavirus threat to the world.And when human relationships are looked at more deeply, we see that time and space, things and bodies are crucial too to the way our lives unfold. Beyond our human to human interactions, our lives in our world, and the lives of those in Miracle in Cell no 7, are entangled with the passage of time, the spaces we all dwell in, the natural landscapes that surround us, our pets and other animals, and lastly but not least, the artefacts that make up our lives.Miracle in Cell No 7 centers around a father unjustly imprisoned for the death of an army general’s daughter, and his journey to prove his innocence. In the film, human relationships triumph. There are three father-daughter scenarios that drive the narrative. There is the mentally challenged father Memo and his daughter Ova, the army General Aydan, and his daughter and finally, the prisoner Yusuf and his daughter. Father-daughter relationships in Turkish culture are central to many dizis and here this is no different. From the back stories we learn that the love between each of the fathers and their respective daughters is deep, enduring and instrumental in how their actions unfold in the film.Firstly, Memo has a simple, untainted and all-consuming love for his little girl, Ova. She in turn, understands him at her own level, with a perception mature for her age. At another level she plays a childish game with him (Lingo, lingo, siseler, siseler). She’s aware that she knows more than him because of his intellectual disability, even though she is only six years old. 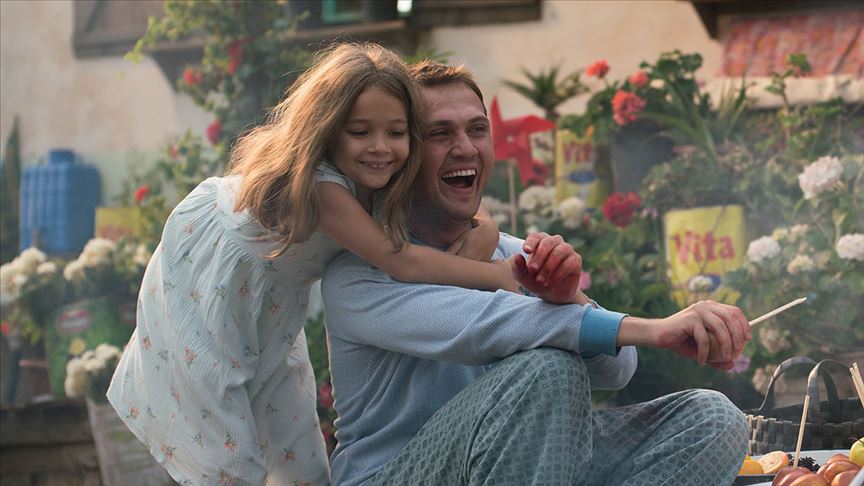 Secondly, the army general Aydan, dotes on his daughter and when she falls from the cliff, his actions are ruthless, uncompromising, cruel and devastating. Most likely a hard man before his daughter’s accident, the general turns violent and vindictive after this event.

Thirdly, the prisoner Yusuf is in prison because of his daughter. He tells us he believed the wrong people and he exacted punishment on his own daughter. A situation that has left him in a living hell from which he cannot escape, either inside or outside the prison walls.

The intersection of these three father-daughter dyads takes place in the confined space of the prison. Cell No 7 in the prison becomes a space of learning, a space of transformation of everyone there, a space of love, a space of wonder. Time plays a magical role and is crucial to how the narrative develops. In short, a miracle takes place. 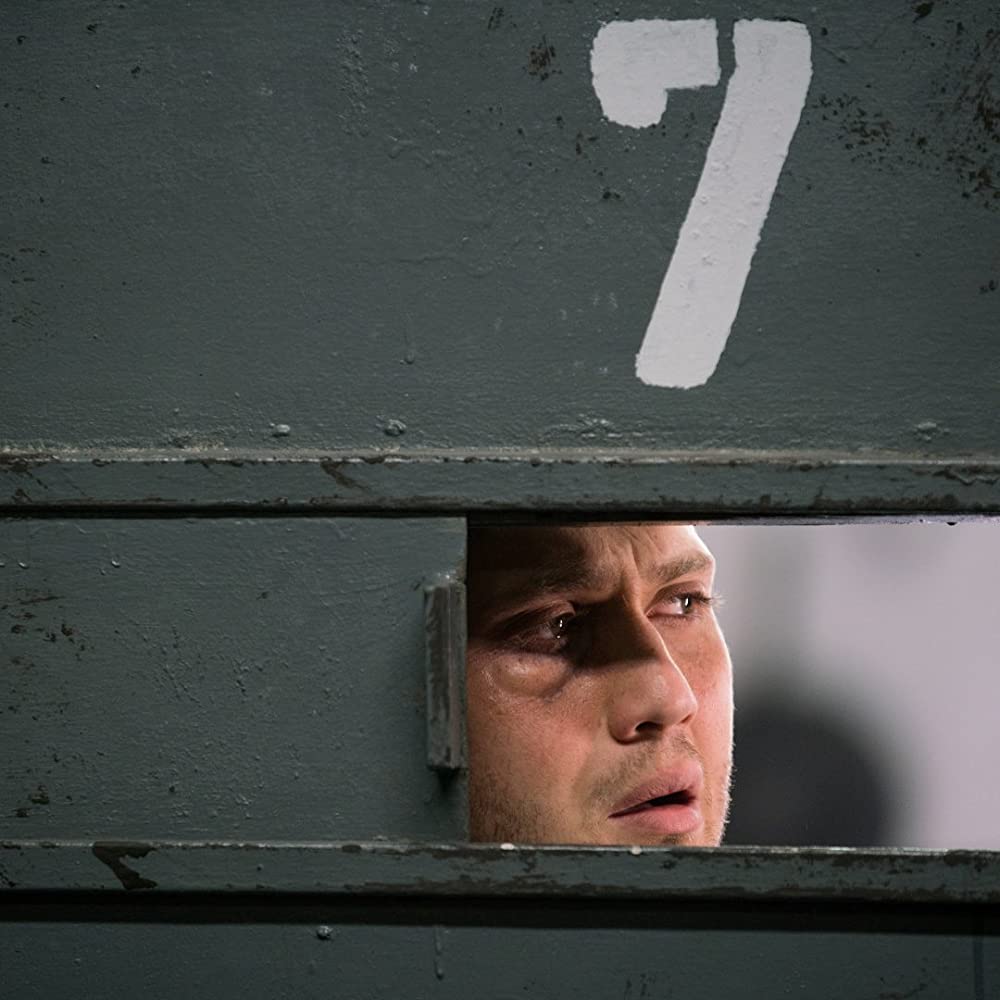 Over time, and in the cell, new friendships develop. Several men learn how much they love their children, how they can redeem themselves, how Allah forgives (teaching tweaked a little by the lay religious prisoner), how power can be used for good, not just for evil. Over time, the prisoners get to see what is important because of Memo. Memo becomes a model of a father to all who are incarcerated, his love for Ova and her love for him show the others what really matters: the relationships we have.

As always with Turkish TV shows, artefacts play a significant role in the development of the storyline. The silver cigarette box that Yusuf gives to Ova encases the dream and the nightmare of his life. The Heidi bag that both Ova and the general’s daughter covet is the intermediary between Memo and the military leader. The painting on the wall next to Yusuf’s bed in the cell, becomes the shared tree, allowing Yusuf and Ova to connect to each other. The saz, played hauntingly by one of the inmates, becomes the metaphorical suitcase of music and violence. The food trolley in the prison becomes central to the ruse of transporting Ova where she needs to be. The letters Memo writes to Ova tell us of the cruelty of the military prison.

Now, for the acting. Once in a while an actor comes along (and they seem to come along more frequently in Turkey than anywhere else) that changes one’s understanding of acting. Aras Bulut Iynemli is such an actor. Without a care of how he might look as a very unsexy, simpleton dad, he portrays this innocent, loving father in his most authentic rendition of a character to date. His body, his voice and his face are completely transformed in the role; he is guileless, ingenuous, understands little other than his love for his daughter. He is blind to abuse, only sees good in those around him, and is set up as the most vulnerable of humans, at the mercy of others. In short he plays the force of Good. 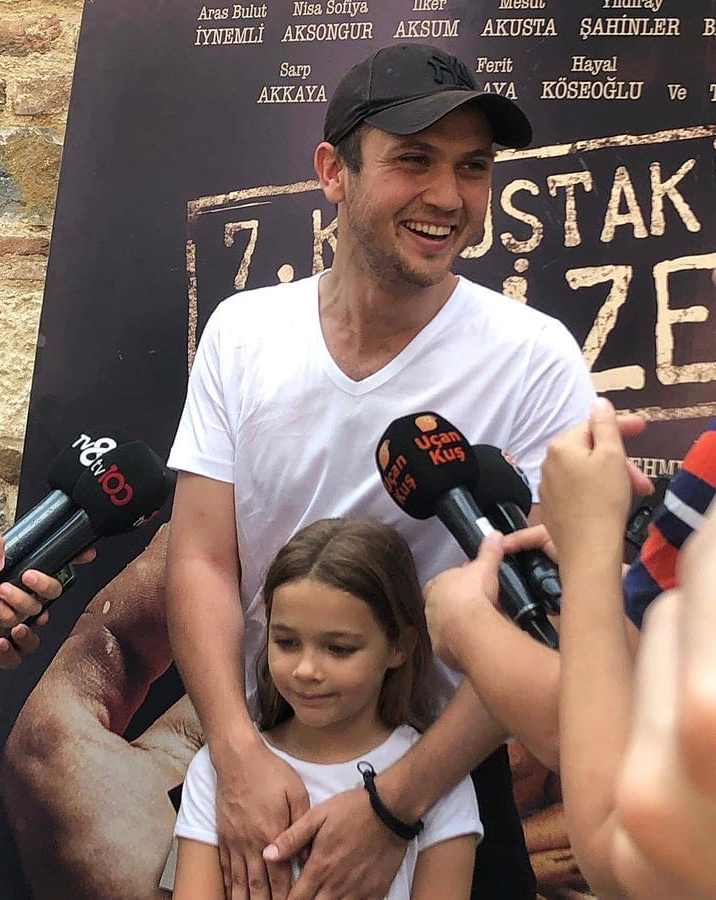 Behind the scenes clips show how Aras as the lead actor gets close to Nisa as he talks to her, works with her to trust him and embraces her whenever they are together in public forums. He understands, more than any actor I have seen and watched, that everything is relational. He is warm, genuine, funny, has an infectious and deep laugh and connects to all those who he works with along an emotional superhighway. This emotional intelligence, for which Aras is well known, pays off for him and the movie.

Nisa Sofiya Aksongur is equally outstanding as Aras’ daughter. In the story, it appears that she has grown up with a sense of calm and maturity because of the love from her father and her grandmother (or great grandmother) who live with her and Memo.

Thirdly, beyond the talents of Aras and Nisa, this is a brilliantly cast and directed production. Other leads are well known actors including Deniz Baysal as the teacher, Celile Toyon Uysal as grandmother Fatma, Ilker Aksum as Askorozlu, the cell leader. Mesut Akusta plays a very convincing Yusuf, and as always Yurdaer Okur is the credible, nasty General Yarbay Aydin. The head of the prison sees an excellent performance by Sarp Akkaya as Müdür Nail, a character who becomes central to the plot. Yildiray Sahinler plays Hafiz, the religious prisoner and, as always, brings to the role his comedic skills. With the rest of the cast, it is a worthy ensemble.

Why would you want to watch this film? Firstly, we have more time now than ever and it is a wonderful 132 minutes of entertainment, now screening on Netflix. Secondly, you can escape to the idyllic landscape of the film. When filming is not taking place in the prison itself, we are offered a stunning panorama of seascapes, seaside cottages, mountains and olive groves on the Aegean Sea. This is the natural beauty of Turkey we are lucky to see so often in Turkish movies and TV programs.

In this film, we see how love in a particular time and space can change lives. It also shows us how performances of the lead actors themselves and attention to detail in a production, can reap substantial benefits for the film industry in Turkey. 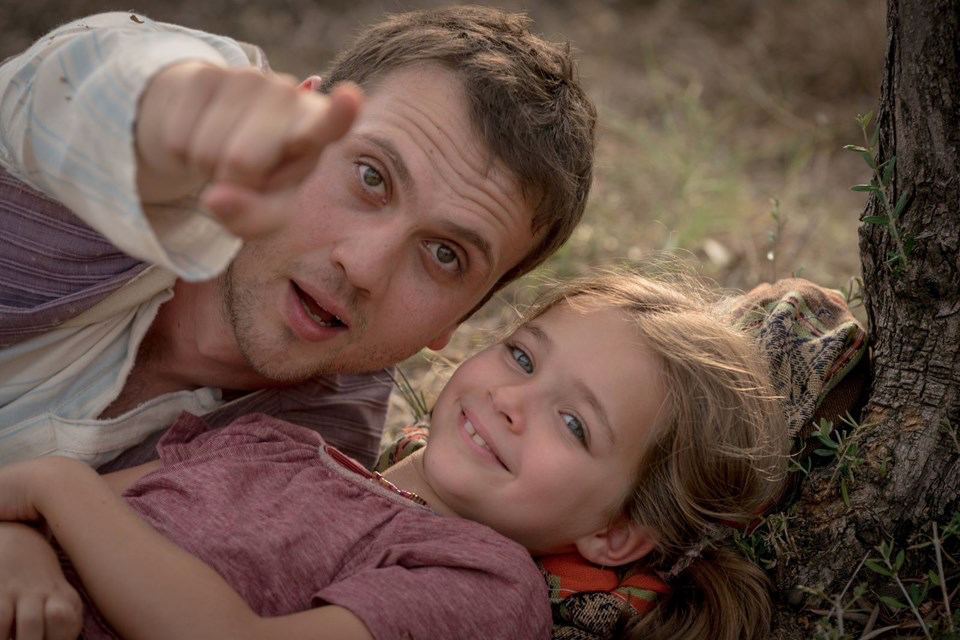 The director Oztekin is known for other excellent productions, including Mahmut and Meryem (2013). Miracle in Cell no 7 is a cooperation between South Korea and Turkey and includes two South Korean coproducers (as the story is based on an original South Korean story). Little has been spared in producing this stunning story. Once again we can appreciate those aspects we have come to love in Turkish drama, such as the humour, the scenography of a beautiful part of the country, the long slow portrayals of relationships.

Miracle in Cell No 7 is available now on Netflix and here is the trailer for this wonderful show.