Love 101 (Ask 101) is the third and latest Turkish original series to come onto Netflix. Continuing with Netflix Turkey’s theme of appealing to a younger, modern audience that cuts across borders, Love 101 is a coming of age teen drama, centered around a set of high-school misfits who band together to make their teacher fall in love so that she has a reason to stay in Istanbul and prevent them from being expelled. 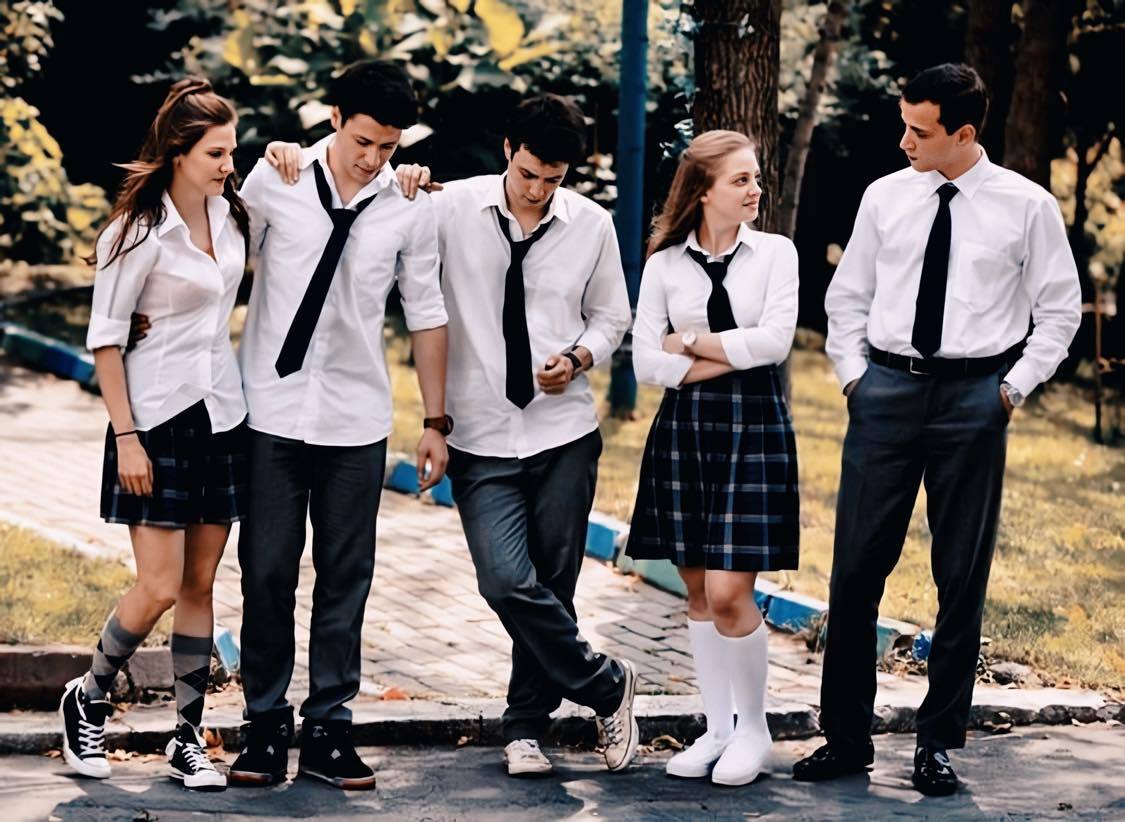 Kerem, Osman, Eda and Sinan are repeat offenders at an elite high school in Istanbul. Kerem has anger management issues; Osman is the consummate bookie with eyes trained on making a buck at every given opportunity; precocious Eda has been caught in compromising positions with a teacher and is a general rabble rouser; Sinan is an alcoholic who seems generally disengaged with life. After the latest in the string of mishaps where these four are involved, incensed Principal Necdet and the teachers convene to decide on their expulsion, which requires unanimous consent from the 12 persons committee. Vice Principal Burcu is the only hold-out as she is unwilling to change the course of lives for four young people, in such a drastic fashion. 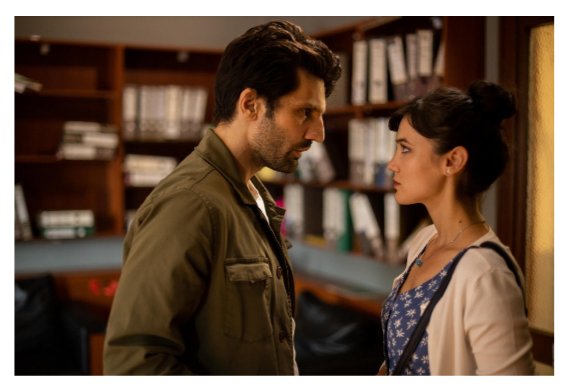 The foursome learn that Burcu will transfer out at the end of the school year and realize that their lone defense against expulsion will leave. They decide that the only way to change the course is to give Burcu a reason to remain in Istanbul, and select handsome new basketball coach Kemal as the best candidate for her to fall in love with. They rope in straight-laced, Ms. Perfect student representative Isik for help. Isik is Sinan’s desk mate in class, admires Sinan’s philosophical bent towards life and becomes enamored with the idea of helping to spread love, while keeping these obviously bright kids out of trouble.

As they embark on this project, through their ensuing interactions we discover the history of each of the children that contribute greatly to their teenage angst. From abandonment issues to struggles with establishing self-identity, as the audience understands their human stories, the characters go from unlikable, misbehaved children to relatable, misunderstood young people who are only trying to put a stake in the ground of life defined by others. Along the way, they begin to find and understand what love really means, forming a special kinship among themselves while they collect the idealistic courage to live a life of meaning. For some, their dormant feelings for each other come to the fore, giving way to an innocence in their young love stories that is endearing. 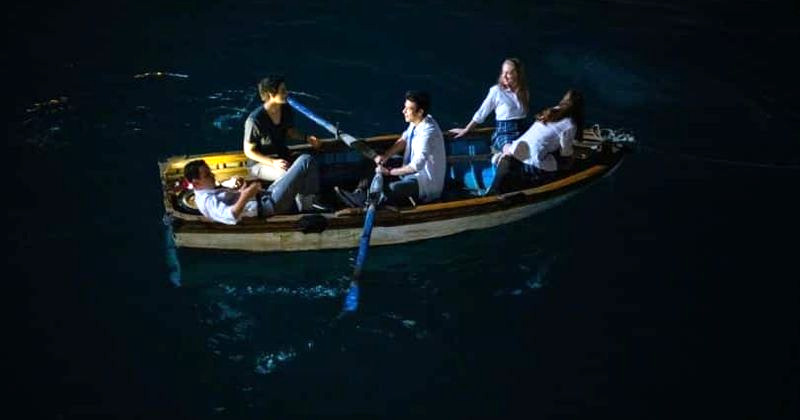 Parallel to their awakening, is the adult awakening of Burcu and the bitter Kemal, whose promising athletic career is prematurely truncated due to an injury. Hailing from the small town of Trabzon in the Black Sea area, Burcu is betrothed to a man from her town, but after she meets Kemal, her feelings and desires are confused with what she finds in him. Even though their interactions are more mature in their discourse, the issues are similar to what the youngsters face. How do you find the courage to reach for what feels right, at the risk of angering parents or society? How do you move past the inhibitions of choices that have been made for you, and fight for a life worth living? Do you love yourself enough to do so? 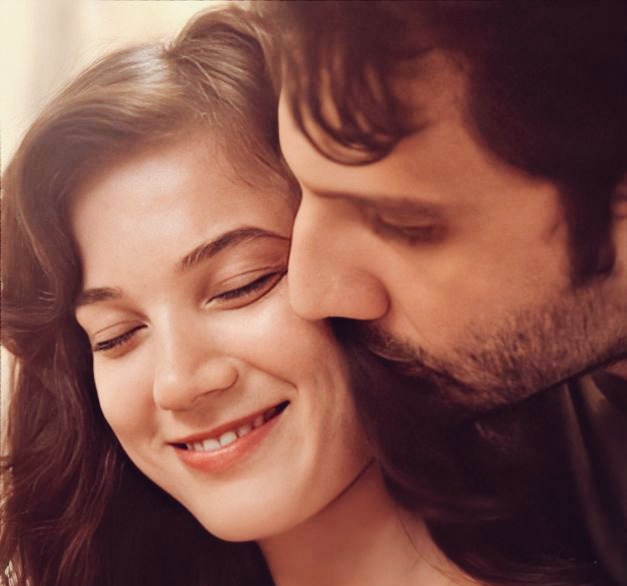 The premise of the story is not new; variants of this has been done in many teen dramas across cultures where adults and adolescents go through a journey of personal awakening simultaneously. One of the dialogues even makes a clever reference to Dead Poet’s Society, a 1989 Hollywood Oscar winning masterpiece starring Robin Williams. What Meric Acemi’s script in Love 101 does beautifully lies in how the present is woven into these past events from the protagonists’ high school years, and stoke the imagination with how their journey since might impact their lives today.

We see present day Isik trying to reunite this group of five friends back at Sinan’s house on the Bosphorus, headquarters for their frequent meetings from when they were seventeen. The home is now dilapidated and crumbling, a symbol of unmet promises. Part way through the story, Eda joins her at the house and, through their conversation, we get insight into the possibility that their adult lives didn’t unfold in the self-deterministic manner as they imagined after the idealistic grand stand they take back in high school. Season 1 ends with 8 episodes and a lot of unanswered questions, presumably to be addressed in Season 2, now confirmed.

The performance of every actor is excellent. Of the adults, Kaan Urgancioglu is perfect as the reticent but transformative Kemal. Pinar Deniz as the idealistic Burcu seems authentic as a girl from the Black Sea who finds herself in Istanbul. Mufit Kayacan as the deplorable Necdet is fantastic. 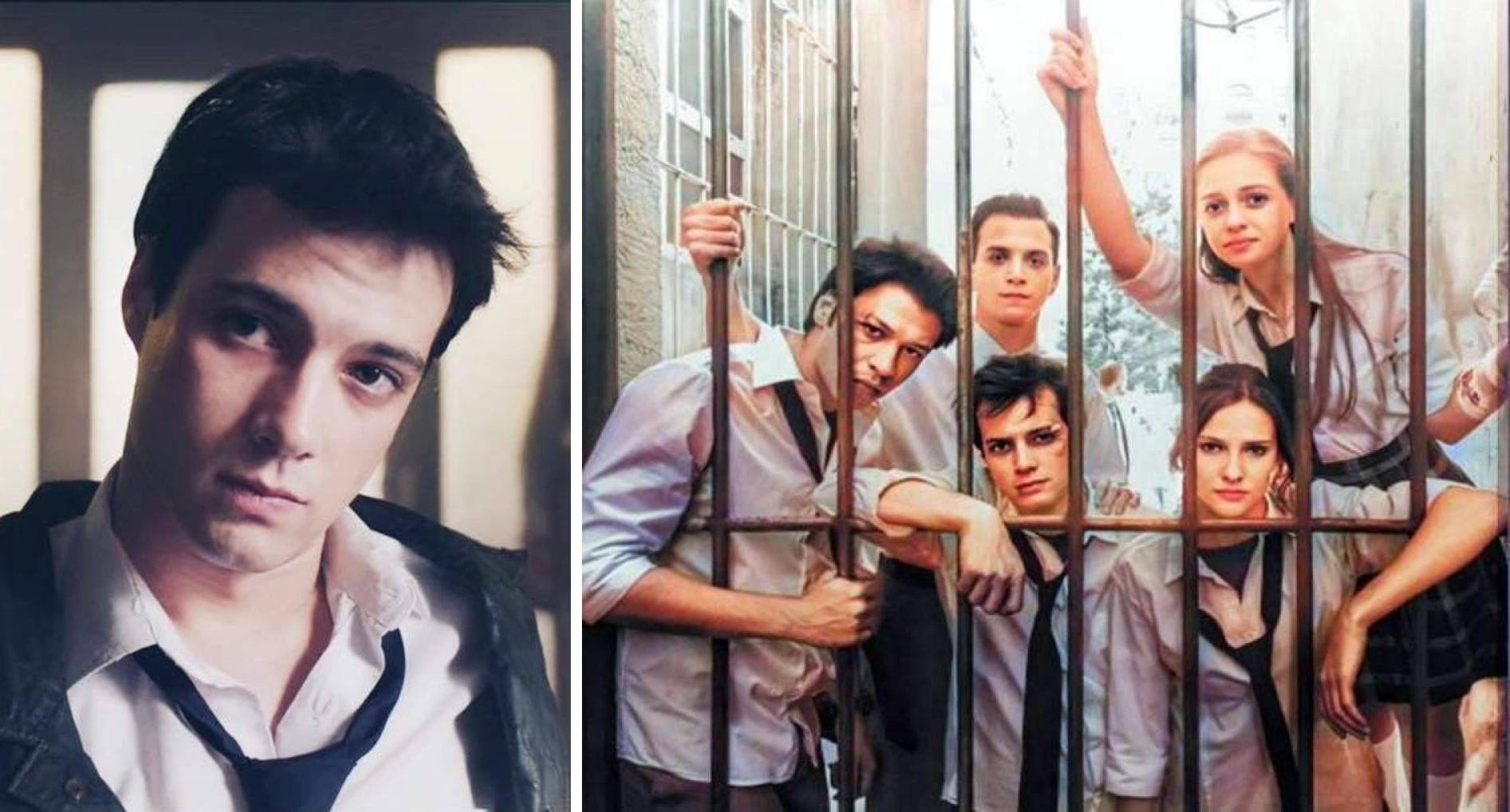 Mert Yazicioglu as the brilliant, introspective, philosophical, embittered and pithy Sinan is the linchpin that moves the story forward in interesting ways. His prophetic character analyses of everyone, from adults to peers, has a maturity that blends in experience and book smarts in thought-provoking ways, and Mert does it effortlessly with much of the talking done with his eyes.

Young Isik (Ipek Filiz Yazici) is an exuberant, happy soul whose somber adult self (Bade Iscil) hints at a life journey that must have veered drastically from what the young Isik had aspired to. Kubilay Aka as the explosive Kerem is the poster-child for the angry, young man who punches his way through issues. Bookie, street smart Selahattin Pasali as Osman is a great characterization of those hard-working, enterprising young boys destined for success from birth. He is an opportunist, and even his body posture is always on the prowl. Alina Boz as the anorexic, oppressed Eda embodies the sassiness her character demands, and her adult self (Tuba Unsal) also hints at a life lived far below what her hopes had been. Adult Eda expresses sorrow for not taking the path opened by her teenage fight, and says “We deserve another chance, you know.” This leaves us to wonder what second chances might look like when one doesn’t have the option to go back in time.

As is customary for Turkish productions, life questions are explored with sensitivity. When compared to traditional dizis, an international audience might think Love 101 is not very Turkish and showcases a fairly Westernized wardrobe, home and school interiors. A band at a rock concert is inappropriately named Tampon; perhaps there’s a back story here that I missed. The soundtrack, though incredibly well selected, is a blend of Turkish and English pop/ rock. The only hints of Turkishness seem to lie in Burcu’s colorful double teapot, the engagement ritual she shares with her fiancé and the iconic Ay Yapim logo during the end credits for each episode. Contrary to what international viewers might assume, I am told by a Turkish friend though that what is depicted is very relatable to an Istanbulite.

None of the scenes drag out more than necessary, with excellent usage of lighting to capture the conflicted emotions across characters. These two shots in particular caught my eye for its composition and execution in cinematic excellence. Both were created under the able hands of Deniz Yorulmazer (Ufak Tefek Cinayetler, Director; Medcezir, Asst. Director). 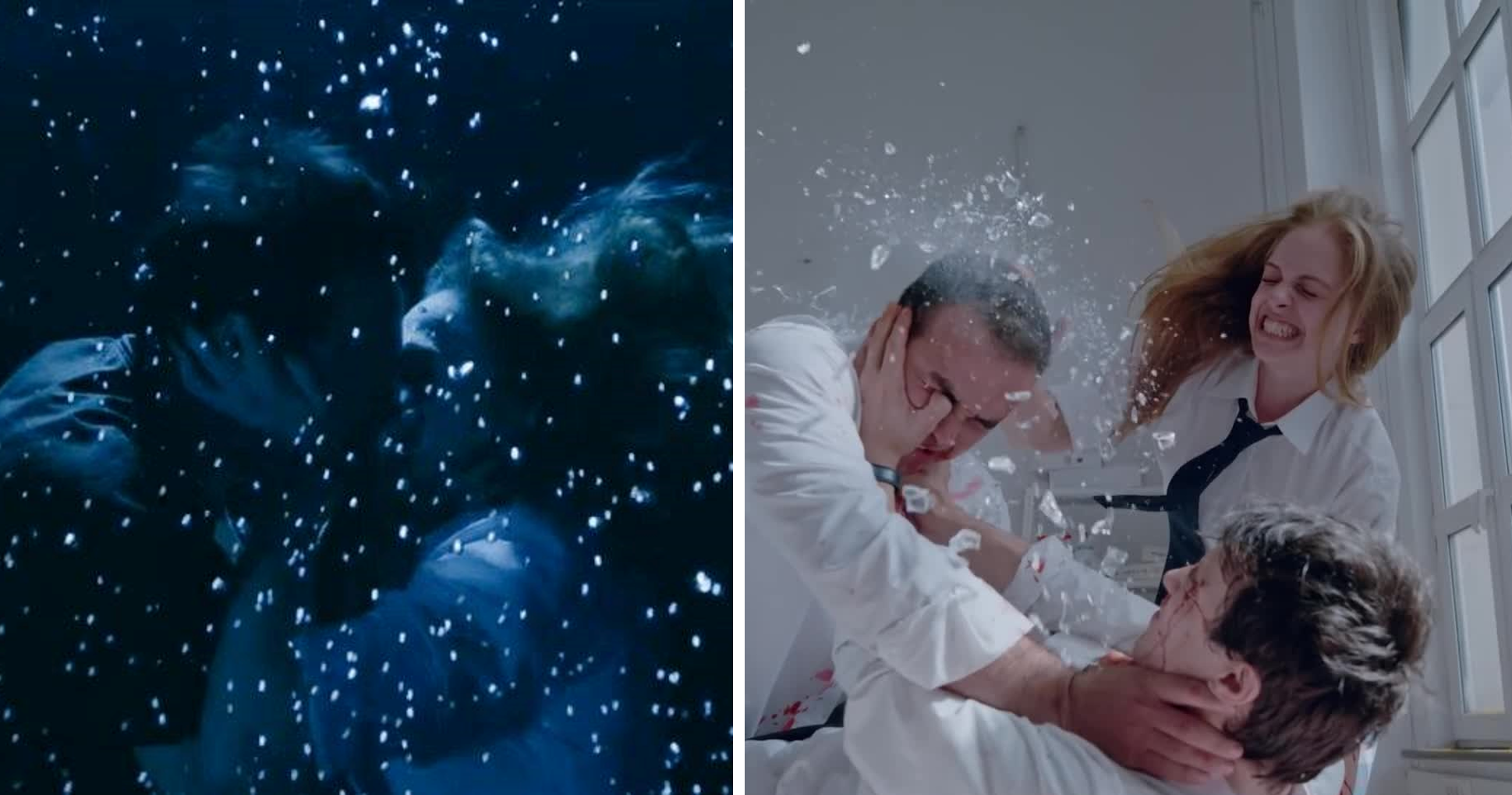 Love 101 is in some ways more than what we expect from Turkish dizis and in some ways less. Response has been mostly enthusiastic and positive, but not as successful as its predecessors such as The Protector or Atiye. Netflix continues to push the boundaries of Turkish story telling in Love 101, but it probably meets the intended objective of broadening its young, teenage fan base across the world. Here’s the official trailer for the show: