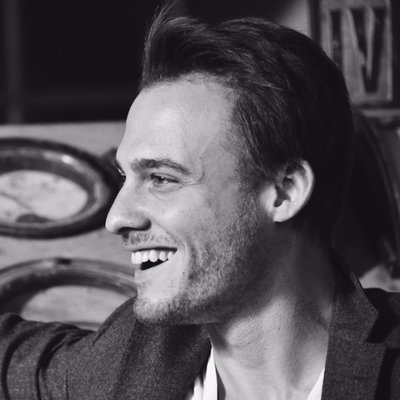 Kerem Bursin is a highly talented, respected young actor who has played a broad palette of roles that cement his reputation as a natural actor. A boy who grew up as an expat, and did much of his schooling in the United States, with an undergraduate degree from Emerson College in Boston, his ability to rise as a Turkish star against a crowded, competitive field is nothing short of remarkable. He does it with style and finesse in his acting that make his chiseled good looks an added bonus to a complete package. If you haven’t already discovered Kerem, you should. His body of work will intrigue you, his socially conscious approach to life will enamor you, his versatility will enthrall you.

In his decade and a half long career that started with short films followed by a couple of Hollywood TV movies that include Sharktopus, Kerem’s dizi/ series roles in Turkey have run the gamut of a rebellious but redeemable high school kid in Gunesi Beklerken, to a young man turned to a life of crime in the name of revenge in Seref Meselesi, to a soulful young man looking for love and meaning in life in Bu Sehir Arkandan Gelecek, to a feared vampire in the Immortals, to an adrenaline-rushed action hero in Muhtesem Ikili, to a comic role in Aynen Aynen and onto his latest as the rigid young man in this summer’s hit romantic comedy, Sen Cal Kapimi. 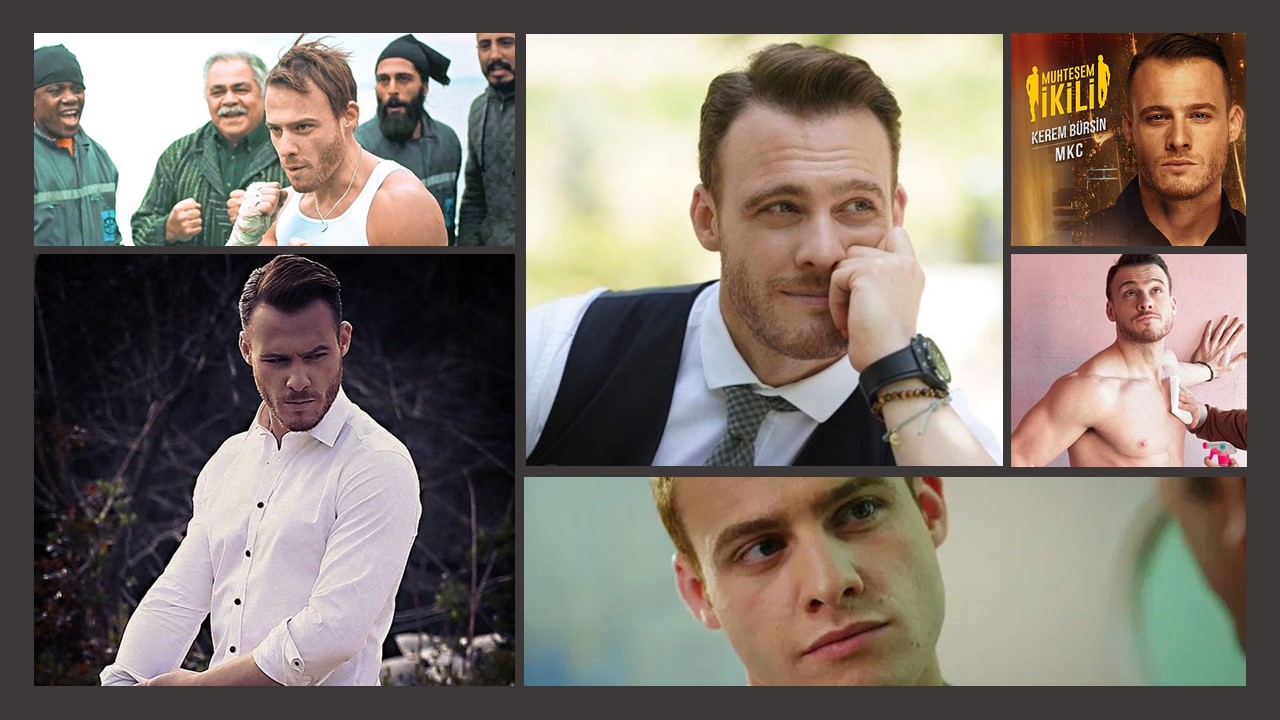 Only his roles in the series are mentioned to illustrate the range of characters he has played. His turn as Ali Smith in Bu Sehir Arkandan Gelecek won him the Seoul International Drama Awards in 2017. He also has several movie roles under his belt, including a couple of producer credits. His full filmography is available on IMDb here.

Here is a short video titled the Making of Ali, found on the Vimeo channel for LAB 34 Productions, a production company Kerem has collaborated with on multiple occasion.

As one begins to study his career, what emerges is a mindful young man who believes in pushing his boundaries without ever being type cast as anything other than a method actor. He cites Daniel Day Lewis as one of his favorite actors, who is famous for meticulous preparation for his roles. One can imagine a more mature Kerem choosing a similar path of selective roles once he has tried his hand at all possible genres. 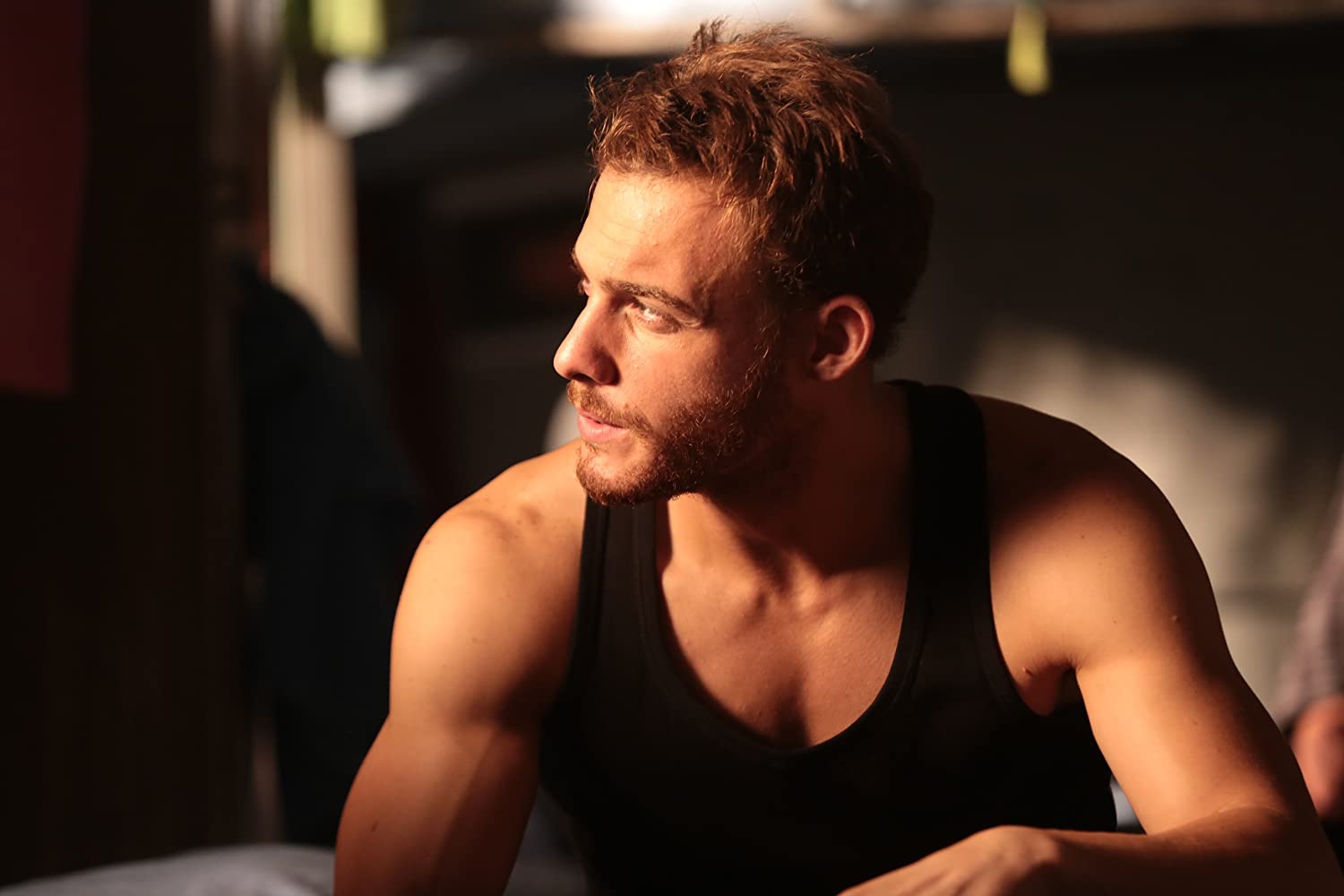 With dirty blonde hair, light greenish brown eyes, a well-built athletic physique and perfect American English (with a Southern twang, if need be), Kerem can easily straddle the demands of a Turkish, American and/or Turkish American character, and more. In his role in Sharktopus, he plays a character called Andy Flynn, playing alongside Eric Roberts. Other American roles include Grauss, Macalaster, Craig, Lennox and Adam.

Even though he started his career in Hollywood, he chose to build it in Turkey, bringing him to a level of recognition and stardom Hollywood may have denied him at such a young age. With his appeal within the youth, he has been the face of Mavi (Turkish clothing brand, 2015 – 2016) and H&M (2019). Earlier this year, Kerem was announced as the face for Under Armour, one of the largest US-based sportswear brands known for its innovative product development and creative marketing. With his two-year contract, Kerem will be replacing Dwayne Johnson “The Rock” for the coveted spot. A portion of his undisclosed contract value will help support young people in the Arts and music. The long-awaited advertisement, in the works for a year, just launched earlier today (August 6, 2020):

Kerem has the brains, brawns, looks, skills and the heart to be an icon for excellence in his craft and an exemplary young man who wishes to impact the world with positive social change. At age sixteen, he chose the following quote by Jorge Luis Borges as one that speaks to his personality: “We should invert our eyes and practice a sublime astronomy in the infinitude of our hearts…If we see the Milky Way, it is because it actually exists in our souls.”

He has been a vocal supporter for women’s rights and gender equality and has repeatedly called for men to change their mindset and behavioral patterns toward women. A youth icon with a contemplative mind, and an outstanding ambassador for the best both in Turkey and the United States, Kerem Bursin is certainly a talent to watch, revere and enjoy for years to come. We leave you with a video where he talks about how he got into acting. Subscribe to our YouTube channel at North America TEN for upcoming new content on Kerem and other Turkish actors.

All pictures and video footage belong to their original owners, where applicable. No copyright infringement intended. Cover photo credit belongs to Emre Yunusoglu