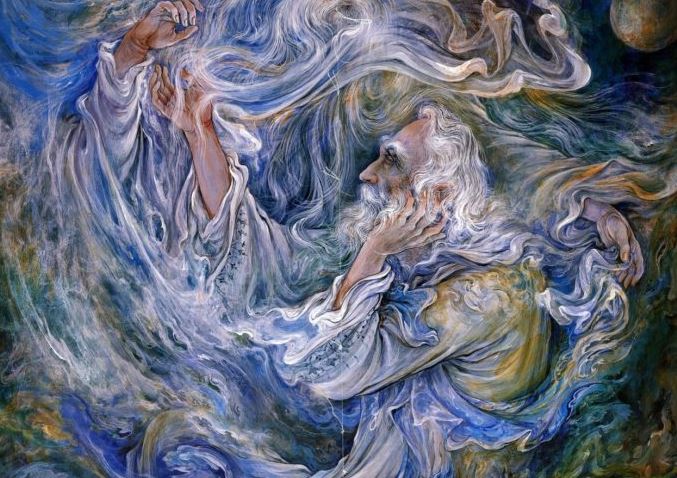 Among the common history that the Iranians and the Turks share is the universally beloved Persian poet Jalalodin Muhammad Rumi, also known as Mawlana (Mevlana). Mevlana’s poems and words of wisdom are recited at dinner tables and at gatherings in Turkey and in Iran. His words have been set to music, his musings as backdrops to art. Most recently, his words have been popularized in Turkey as the prelude to each episode of the widely viewed Turkish series, Hercai. Many have thought to bring his life story to the big screen. Amidst a public outcry in 2016, American screenwriters David Franzoni and Stephen Joel Brown backed away from casting Leonardo DiCaprio in the role of Rumi in their screenplay. It’s unknown where their project stands today. And more recently the famous American pop artist, Beyonce announced that she would use some of the money she won at Coachella Festival to make a documentary about Rumi’s life. The status of this project is also unclear. However, it seems that this mantle has now been passed on to Iranian screenwriter and director Hassan Fat’hi, the director of the popular Iranian TV series Shahrzad. In a joint Iranian-Turkish collaboration, a recounting of Mevlana’s life during his friendship with Shams Tabrizi (another Persian poet, and spiritual instructor to Rumi) will go into production soon.

The screenplay for Ask Sarhosu (Persian title, Mast e Eshgh) which translates to “Drunk on Love” was written by Fat’hi along with his fellow Iranian screenwriter Farhad Tohidi in consultation with top Iranian scholar on Rumi, Mohammad-Ali Movahhed. The movie, which will be produced by Iranian producer Mehran Boroumand and financed by Simarya Film Production and Yepim Medya, will feature both Turkish and Iranian actors. Among the well known names are Iranian actors Shahab Hosseini, star of the Oscar winning Iranian movies The Salesman and A Separation, and the TV series Shahrzad, Parsa Pirouzfar, Hesam Manzoor, and Turkish actors Ibrahim Celikkol (Siyah Beyaz Ask, Merhamet), Hande Ercel (Halka, Azize).

It is reported that Pirouzfar will play the role of Mevlana, Hosseini will play the role of Shams Tabrizi who Rumi met on one of his travels to Syria, and Hande Ercel will play the role of Kimia, Rumi’s stepdaughter and Shams’ lover. Ibrahim Celikkol will also play a main role, though the name of the character has not yet been disclosed. The film which is now in the final stage of pre-production, will begin filming soon. The entire film will be shot in Konya, a Turkish town that is home to the mausoleum of Rumi.

Jalalodin Muhammad Rumi was born 30 September 1207  and died 17 December 1273 in the Persian Empire region of Balkh, modern day Afghanistan. He wrote his poetry in Persian but his words have been translated into many of the world’s languages and transposed into various formats. His Masnavi, composed in Konya, is considered to be one of the greatest poems of the Persian language. Rumi has been described as the “most popular poet” and the “best selling poet” in the United States. His poetry has influenced not only Persian literature, but also the literary traditions of the Ottoman Turkish, Chagatai, Urdu and Pashto languages.

Additional information can be obtained on the Masteeshghmovie Instagram page.