It’s official. I’m hooked again. And no, the title doesn’t describe me even though I’ve been jumping from Turkish dizi to Turkish dizi over the past two years. Fickle Heart or Hercai is the title of the new ATV series starring Akin Akinozu and Ebru Sahin. Two names I hadn’t heard of before, but who I am sure will be huge sensations in Turkey and wherever else this series airs. When I Google Translated Hercai I came up with “pansy”, the flower, but an alternative meaning is “inconstant” or “fickle”. This fits a bit better.

The story is based on a two volume novel: Hercai and Hercai II: Meftun (Bewitched) written by Sumeyye Koc. It’s set in the stunning and historic southeastern Mesopotamian plains of Turkey in the town of Midyat, Mardin. The story takes place in the modern day, but in a place where archaic traditions are still practiced. Inside the walls of the imposing Sadoglu konak (mansion) lives the young and carefree Reyyan (Sahin). She’s surrounded by her parents, her much younger sister, her two cousins and aunt and uncle and a bevy of servants. The konak is ruled by the iron fist of her grandfather Nasuh. Reyyan is NOT the favorite of her grandfather, because, as we find out in the first episode, she is not an actual Sadoglu.

Reminiscent of another Turkish series, Cesur ve Guzel, one day when she’s out for an early morning horse ride, Reyyan collides with a car driven by the dark and mysterious Miran Aslanbey. This is how the two meet and fall in love. But it’s not that simple.

Miran (Akinozu) is on a mission. A mission of vengeance. And the target of this vengeance is Reyyan’s father who we are told, had years earlier killed Miran’s father and mother over a question of honor. The Aslanbeys, headed by the family matron, Azize (Miran’s grandmother), left Midyat 27 years ago after the tragic incident. During that time the vengeful Azize, played brilliantly by Ayda Aksel, devised a diabolical plan of revenge on the Sadoglus which would change Reyyan’s life forever.

Oblivious to what is about to befall her, Reyyan who is tenaciously courted by the sensual Miran, accepts his hand in marriage and in Episode 2 of the series marries the young man. Much happens in the two episodes between Miran, Reyyan and the families, and we learn slowly how cruel Azize’s plan really is. Miran will marry Reyyan and on the morning after the wedding, he will leave her at her parent’s doorstep as a sign of dishonor.

In the ancient traditions practiced in some parts of the world, if such a thing happens, dishonor would fall to the family of the bride because the bride would be thought to have been impure at the time of marriage. And the punishment for such ignominy is usually death.

The story takes a twist here because while courting Reyyan, Miran has fallen fervently in love with her (though he does not know it). All he knows is that he cannot let her die, and that he desires only to be close to her. This, while Reyyan who has suffered great humiliation in the public square and is facing death, seethes with hatred of him. Miran saves Reyyan and against her will takes her to the Aslanbey mansion to which Azize and the rest of his family have returned. Now the Sadoglus know they are the target of a vengeful plan, and the two families face off. Thus begins Miran’s journey to win back Reyyan’s love and trust.

The series has a gothic feel to it, even though it is set in the bright, wide open spaces of Mardin. As I watch it I am reminded of novels like Emily Bronte’s Wuthering Heights and Daphne DuMaurier’s Rebecca. Akinozu is brilliant as the mysterious and smoldering Miran, steeped in hatred most of his life.

And Aksel is magnificent as the vengeful Azize, the grandmother who has filled Miran’s head with sordid tales of his parents death. In fact, in one scene you see the flashback of a young Miran, about 6 or 7 years old, tucked in bed, listening to his grandmother tell the story in the form of a fairy tale. As an adult, Miran is a man of very few words, but his slender frame is rigid with suppressed passion. There is fire in his eyes even when he is silent. But behind Miran’s intense gaze, one can see a young boy who still yearns for the loving touch of a mother. 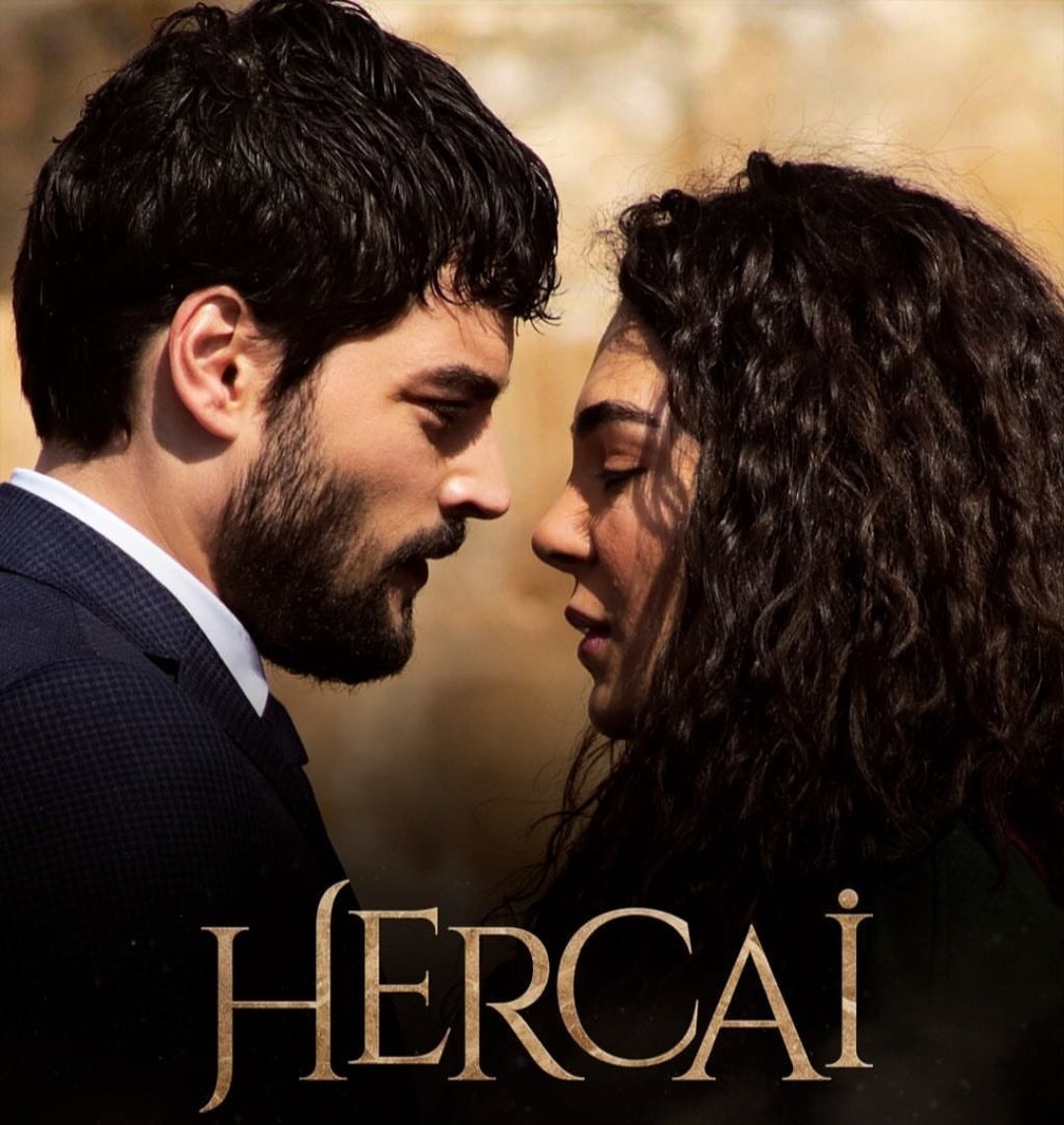 By all accounts anyone watching Azize manipulate Miran and shamelessly taunt the Sadoglus should despise her. But Aksel’s portrayal is so stellar that one is left wondering what horrors she must have endured to become so vindictive. Azize is brilliant in her planning, and she is astute to everything around her. If she were not so vengeful, I would want her on my side.

Like all Turkish dizis there is ample crying (by both the men and the women), screaming, and of course slapping; there are multiple slaps in every episode (some of them well deserved). And in this series, which seems more like a fairy tale than a drama, there are also quite a few curses. Reyyan’s mother curses the Aslanbeys screaming “I pray that your lineage stops!” and Reyyan’s jealous cousin who happens to also be in love with Miran, hisses at Reyyan “I have cursed you so that you will never have another happy day.”

Passion abounds, but none so unmistakeable as the passion between Miran and Reyyan. Even as she seethes with hatred of him, you can sense the passion she feels for Miran. And he for her. The sensuous soundtrack of the series (which I now have on my playlist) accentuates the mystery of Mardin and its surrounding peaks. Uncannily like a fairy tale, Reyyan, the princess, finds herself held prisoner in the Aslanbey mansion by the dark prince, Miran, who is under the influence of his unforgiving grandmother. While there, her heart begins to soften as she sees who Miran really is, beneath his steely exterior. And like most fairy tales, there is a sage- a wise and kind person with knowledge of the past, present and the future to help the heroine in her time of tribulation. A bearded old man with kind eyes rescues Reyyan on her day of shame and gives her shelter. There, he tells Reyyan not to despair, that things will be as they should be as long as she is truthful and constant; and in the end love will find its match.

Interestingly enough, the series as I mentioned above, is based on a book written by a woman, and is adapted to the screen by three women: Sumiyye Ezel, Feraye Sahin, and Eda Tezcan. Perhaps that’s why the passion is so palpable, and the strongest character (albeit evil) is a woman (Azize). The cultural traditions which are foreign to those of us in the West are highlighted dramatically, perhaps to show that such traditions still exist. Will Reyyan realize her true worth and stand up for herself? Will her father take a stand against the brutal demands of some outdated traditions? If either of these two questions are addressed in the series, a great service will have been done. But regardless, the love that is blossoming between the young couple and the obstacles they face will keep audiences coming back week after week. I know I’ll be back. Because I’m a sucker for fairy tales.

Hercai airs on Friday nights at 8:00 pm in Turkey on the ATV channel.

Official site for Hercai on ATV

For more information and discussion in English just search for Hercai on Facebook.